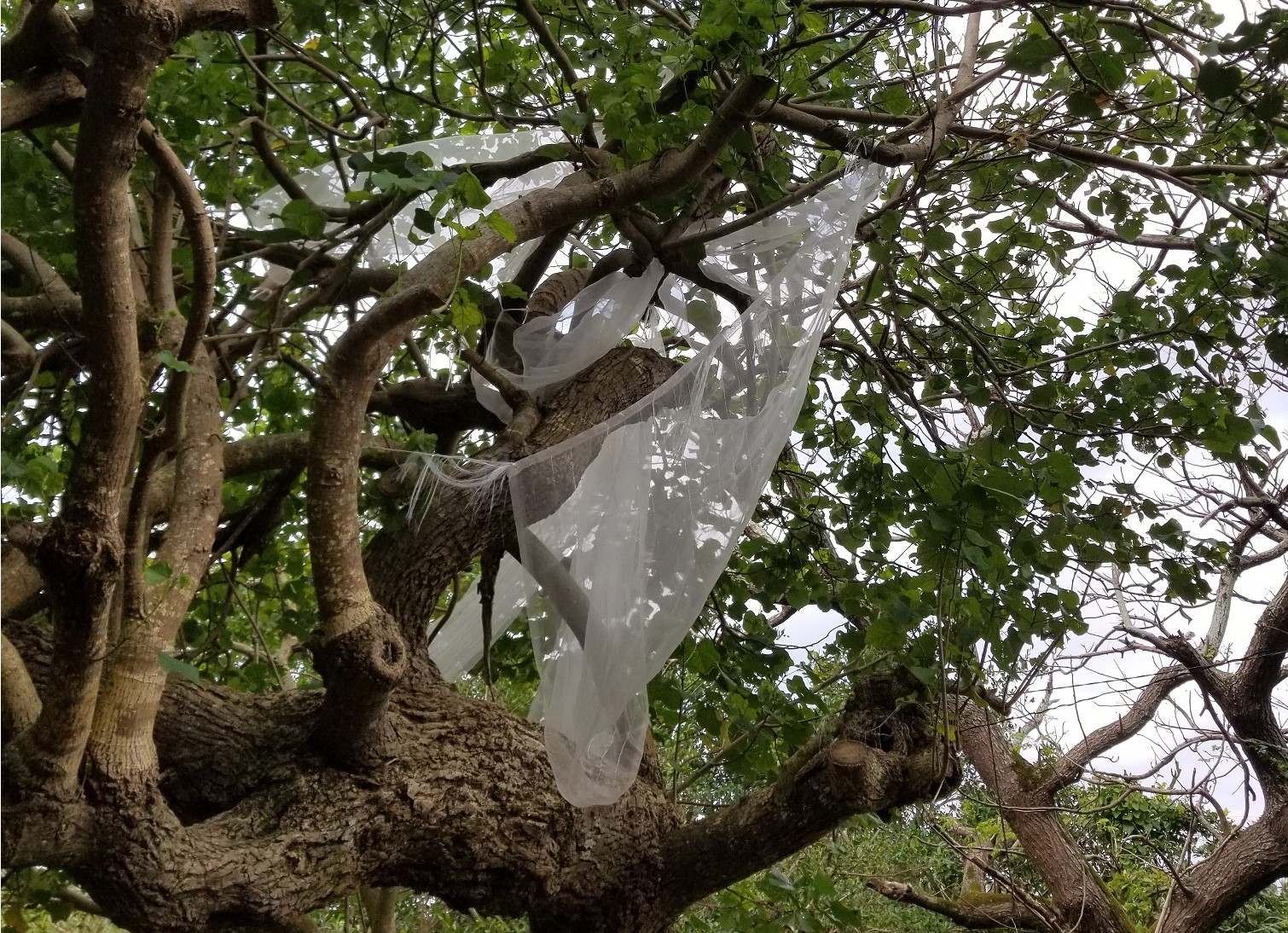 It took awhile to reach Iriomote. From Tokyo, our flight to Ishigaki came with a transit in Naha. A few long bus rides through sugar plantations and we finally caught a ferry to Iriomote after a night over at an Ishigaki hotel. There isn’t an airport in Iriomote. It’s only accessible by ferry, which in itself already makes it feel detached enough for me, who won’t willingly travel by sea unless absolutely necessary.

Geographically, Iriomote is located inside the Yaeyama chain of islands, southmost of Japanese territory. It was closer to Taiwan than the main Japanese islands on the map. Climate-wise, it was subtropical. In December, the temperature was mercurial, to say the least. The hottest could be around 20 degrees Celsius, and the coldest at around 10—which, not impartial to global warming, was actually colder than the average temperature in Tokyo at the time.

Rain comes and goes without much warning or signs. It was already pitter-pattering when we kicked off on our first task of the day, despite it being clear minutes before, as shown in the picture.

We had to pick up plastic bottles stranded on the beach as part of the fieldwork. For a group of a 20-some people, the representatives from the Iriomote ecotourism bureau only gave us two big clear garbage bags, and told us strictly to collect only the plastic bottles. Considering the volume of the trash strewn around across the shore, it was rather difficult not to pick up the other wastes considering we were at it anyway. There was some piece of trash every step on the sand, shame I didn’t take any pictures.

The fruits of our labour were two full garbage bags of around 100-120 plastic bottles, which we had to inspect their barcode number to data the country they were produced at. Most came from China. Others were washed ashore from Japan, Taiwan, Korea, with a bottle of fish sauce having sailed all the way from Thailand.

The trash on Iriomote’s beaches was not from the island itself. They came washed away from other countries, following the waves, just as many trash that bound up on the shores of those countries came from other countries as well. Marine litter is a crucial problem that plagues all countries internationally. On Iriomote island, volunteers gather the trash, participate in collecting data like we did for a day, and load all of the trash on a ship to Ishigaki, where they have a waste disposal system Iriomote does not.

The 4,000 people of Iriomote particularly worry about the trash problem in Iriomote seas and beaches. Iriomote is a small island. Many animals, species of fishes and crabs exclusive to the island are already limited in number; marine pollution is no trivial problem.

We learn more about the scene in Iriomote on our excursion to the river the day after. The guide set us up on rafts and paddled with us through the mangrove forests on the sides of Urauchikawa River, introducing us to the three types of mangroves present within the island. Swamps of mangroves prevent erosion and storm surges, while also creating an ecosystem of their own. There used to be charcoal mines around the area, requiring the marshland existing today to be cleared up. It caused several disturbances to the ecosystem, and many locals remember it as an example of what the industrialization and marketization of Iriomote are capable to cause.

The mangrove roots become one of the natural dyes for the island’s known textile produces.

We went on a workshop ourselves to Akiko Ishigaki’s kuuru–kobou, where she handmade these clothes from the banana trees growing outside her house.

Textile making is part of Ryukyu’s history, where it was once considered tax payment from the women. (Men had to pay by bales of rice.)

Our fieldwork group spent the morning making our own designs for our piece of cloth, dyed in a maroon colour from the roots of the very mangroves we saw the other day.

Akiko Ishigaki and her husband Kinsei Ishigaki taught us more than just textile-making and its processes. We had dinner in our hotel afterwards, where Kinsei talked about living in Iriomote, his long ancestry in the island, and his political views on Iriomote’s disposition as an island living on the margins of Japanese territory, the aftermath of an annexed kingdom.

Listening to Kinsei’s speech and answers, I began to grasp, at least the slightest, of the identity and values of the people of Iriomote. There exists what they call the Iriomote language, although Japanese occupation had also left them no choice but to be fluent in Japanese, as well. We listened to their history and culture, how nature and balance were vital parts of their lives and traditions. Kisei himself only gathered the wild materials for Akiko’s dyes moderately, giving the plants to grow their taken parts back again.

As Iriomote is upon UNESCO’s consideration for a World Heritage title, and with the Tokyo 2020 Olympics fast approaching, Iriomote as a subtropic getaway for most tourists is at a high risk of exploitation. There are different voices regarding the topic from the locals themselves, but all wish for Iriomote to be able to retain its wealth, such as the Iriomote Mountain Cat that often falls victim to modernization efforts to the island and reckless rental car accidents. Iriomote’s culture is tightly woven around its nature. It’s only one of the places calling for a more responsible treatment of our Earth’s places and ecosystems.

Conservation Based On Japanese Culture – Yuki