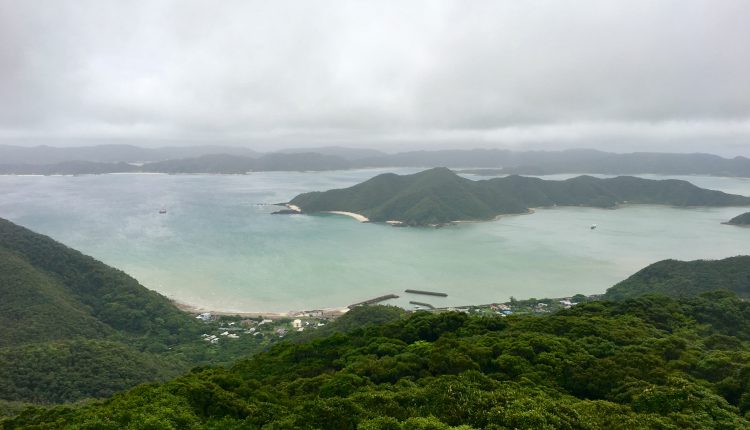 From June 15th until the 17th we went to Amami Oshima. I was very excited to experience the culture and landscape of the southern islands of Japan. I had wanted to travel to this part of Japan but without the field trip funded by the Uehiro Foundation I doubt that I would have been able to travel to these islands during my semester abroad in Japan. It was the first time I had experienced a tropical environment and it was amazing to see the effect that this had on the culture of Amami Oshima from the building design to the folklore of the island. 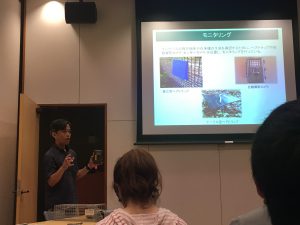 The first project we learn about was the ‘Mongoose Busters’. Mongoose are an invasive species and threaten the endemic species of Amami Oshima. Mongoose were introduced to the island in 1979 as a biological control for the Habu Snake which inhabits Amami Oshima and other islands in the Ryukyu islands. However, the mongoose have no predator on the island and a high reproduction rate, so their population soared. As a result, the population of endemic species such as the Amami rabbit, Ryuku long-haired rat, Amami spiny rat, Amami Ishikawa frog, Otton frog and the Amami Tip-nosed frog fell.

In 2005 as a way of enforcing the ‘Invasive Alien Species Act’ the ministry of the environment set up the ‘Amami Mongoose Busters’. The team of ‘Mongoose Busters’ aim to eradicate the species from Amami Oshima in order to protect the now endangered endemic species. They have set up around 30,000 snares across the island at intervals of about 50 meters. Since its beginning the project has been very successful in reducing the numbers of mongoose on the island. However now as the population of Mongoose has decreased it has become increasingly harder to catch the mongoose as they became rarer. 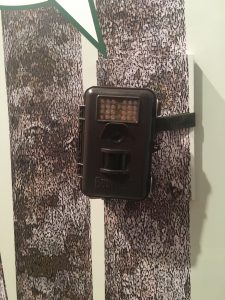 In order to combat this, the ‘Mongoose Busters’ have employed technology to enable them to create a more targeted plan in eradicating mongoose. They placed hunting cameras in different spots around the island, which would then take pictures of anything, including mongoose that passed by them. As a result, the researchers were able to narrow down the location of where the mongoose still remained and to create strategies to eradicate them. This is a clear indication of how without the use of the camera technology the ‘Mongoose Busters’ would have to continue with their initial blanket strategy of eradication and would be less efficient and therefore less successful in their mission to eradicate the invasive mongoose species in Amami Oshima.

I also asked the ‘Mongoose Busters’ if they had any form of social media and although this seems trivial at first I think that it is an important factor to consider in modern conservation projects as social media is a way to educate and engage with the local population in a free and easy way for the environmental organisation. Although the project currently has a pamphlet about the mongoose eradication project I think that an increased online presence regarding the project would lead to a wider understanding and engagement with the project by the locals of Amami Oshima as education around the project would not be predicated on an initial interest in conservation that would lead an individual to a centre that has such pamphlets, all that would be needed would be internet access.

THE EFFECT OF CATS ON ENDEMIC SPECIES IN AMAMI

As well as making the ‘Mongoose Busters’ conservation project more efficient the use of camera also opened up another avenue of research that would not have been considered had they not been installed.

Researchers looked at the cameras monitoring the mongoose population and recorded an increasing amount of cats being detected. This led them to consider the impact of cats on local wildlife and threatened species. Before 2008 there had been no data collected or any studies investigating the impact of cats on wildlife. After analysing the images from the infrared cameras the researchers realised that due to the success of the ‘Mongoose Busters’ there were now more cats than mongoose in forest areas.

After the removal of stray cat feeding stations in Amami Oshima, stray and feral cats began to use the inside of the forest as a hunting ground for food and as a result were preying on endangered wildlife. An eradication programme for the feral and stray cats was created. To ensure that they did not eradicate pet cats, owners were encouraged to put a collar on their cats. In addition to this, the local government began a programme of microchipping and registration for owned cats to ensure that any owned cats caught by this project could be returned to their owners and would not be euthanised.

The study ‘Social challenges of spatial planning for outdoor cat management in Amami Oshima Island, Japan’ highlights that the program of euthanasia was unacceptable to the residents of Amami Oshima compared to an adoption strategy. Cat owners showed an even lower acceptance of the lethal option compared to non-owners and a higher acceptance of the Trap. Neuter and Return than non-owners to reduce the numbers of stray cats. This research then goes on the outline that it is very important to communicate with the community in order to effectively manage the cat populations as residents play a key part in preserving existing populations with activities such as feeding strays. It states that ‘public behaviours and attitudes are important parts of the ecology of outdoor cats. Therefore, it is necessary to understand the local resident’s attitudes towards outdoor cats to devise a successful management system’ (pg.186). I asked the project leader about their engagement with technology beyond cameras by asking about their social media presence. She told me that although this particular project does not have a social media presence similar projects around Japan do. As with the ‘Mongoose Busters’, I think that social media or an internet site could play a crucial role in this project as it would educate the islanders about the necessity of the project and could lead to people supporting stray reduction programs and adopting stray cats in order to prevent the euthanasia element of this project. The key issue with the project is the euthanising of healthy cats which does not sit well with the cultural norms of the Island where cats are seen as beneficial animals who kill mice and pests which in turn reduces the spread of disease as well as being companions to many humans. By harnessing technology to educate the public more about the project and to encourage the adoption of Amami strays, I think that the project would gain more support and in turn be more successful in its mission of reducing stray cats that prey on the endangered endemic populations of Amami Oshima.

HOW TECHNOLOGY COULD BE HARNESSED

I think that in regard to Amami Oshima technology could be used in two ways in wildlife preservation. Firstly by employing data sharing systems agencies could share species data and secondly a better use of the internet particular social media and blogs would increase awareness about environmental issues in Amami Oshima.

As both the Mongoose Project and the Cat Project are analysing the populations of the mongoose and stray cat in relation to the endemic species of Amami Oshima it is surprising that they do not engage in a data sharing program as much of the data collected by each of the team is for the same thing. In order to increase the efficiency and effectiveness of their research and actions, it would make sense to employ a type of open big data system that each research team could access. This would end the siloization of data by each individual research time, increase the accuracy of the results harnessed and possibly free up more time for the individuals working on the projects to analyse rather than just collect data.

The second use of technology I have touched upon a lot in this report is the use of the internet and social media as a tool to educate and engage the local population as well as tourists about the issues surrounding wildlife preservation in Amami Oshima. Both talks emphasised how local knowledge of endangered species is low, as a result of this there is a lack of awareness of how unique Amami Oshima is and thus local people are unaware of the potential it has to gain a UNESCO status and the benefits that this would bring. In regards to tourists, an effective social media campaign on a platform such as Instagram may encourage more tourists to come to Amami Oshima and increase the burgeoning eco-tourism industry on the island and provide the needed income to fund future wildlife preservation projects.