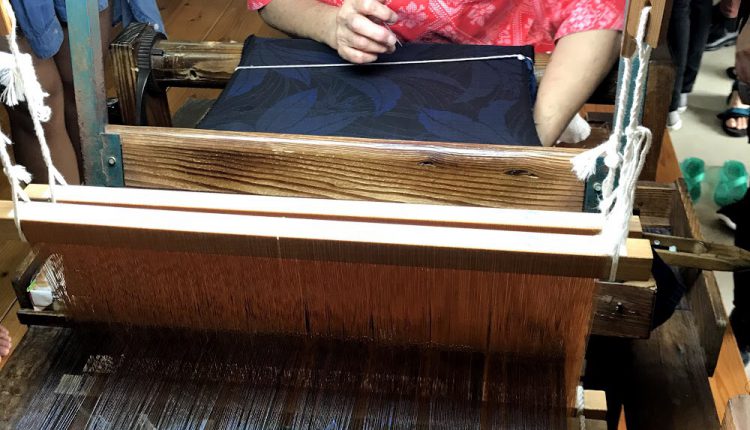 Amami Oshima: An intersection between nature and tradition Nozomi Fujii

Last June, I had the opportunity to visit Amami Oshima, which is part of the Amami archipelago located in the southwest area of Japan. I was able to learn in great depth about the culture of the region than I would have been able to if I were to travel on my own, thanks to the very generous contributions from Uehiro Foundation on Ethics & Education. Whilst focusing on the broad theme of the relationship between nature and culture, I focused specifically on the aspect of traditional knowledge at Amami Oshima and I would like to reflect on the aspects of tradition which struck me the most in relation to nature. 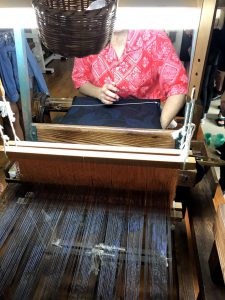 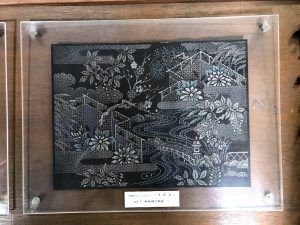 The Oshima Tsumugi is a traditional textile unique to Amami Oshima Island with beautiful patterns. Put simply, the cotton threads are woven into a cloth and dyed, once using the tanin from a Sharinbai tree and another time using mud which contains alot of iron. This process turns the silk threads into a black color and colored dye is added onto each silk thread to create a unique pattern. These threads are then placed onto the loom to create intricate motifs which often originate in nature, and are most often made into a kimono.

What struck me the most was the amount of work that is input to create the product. Even a single thread out of place would require the entire process to be redone so, the workers there were proceeding with such precision and concentration. There were specific instructions on where to place each silk thread on to the loom which showed that the accuracy of each thread was as important as the finished textile itself.

Furthermore, beyond the intricate process was the passing down of a tradition, tracing back all the way to the Nara period. Oshima Tsumugi is a tradition passed down and the workers often have inherited it from their parents. To prevent the tradition from dying, the textiles have been made into Western style clothing (such as hats and earrings) in order to appeal to a wider audience, and the tradition is being taught at local elementary and high schools. The tradition is even being preserved at the Coming of Age ceremony (Seijin-shiki) at Japan in which the new adults wear Oshima Tsumugi often passed down in the family instead of a conventional kimono to celebrate their new chapter in life.

This made me realize adaptation is key in preserving a tradition especially at a time in which there is a decline in the appeal of tradition and how human links, especially family, are important for keeping such a rich culture alive.

Island songs and a passing down of tradition 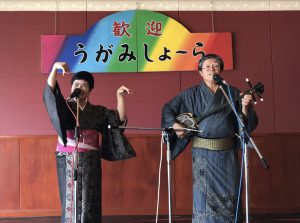 Shima-uta, the songs specific to Amami Region contain messages of family and love. Although sung in a dialect I couldn’t understand, the beauty and purity of the hearts of the performers were visible and they were appreciating even the smallest moments of happiness in life. The incredible voice range of these performers were fascinating enough but I was drawn into a depth greater than just their voices. Unlike popular music which is catchy and upbeat, Shima-uta is slow, perhaps reflective of the slow-paced life and depth that cannot be found elsewhere.

After a conversation with one of the performers I understood that this glowing happiness came from the embracing of the most basic morals of life and Japanese culture: concern for others, emphasis on good manners and greetings, and maintenance of a good heart.

Thus the biggest lesson I learned from the field work was that the beauty of Amami tradition and tradition itself, is not only the product itself but also of the human links and morals which underlie the tradition. In a time of fast paced change, it is important for traditional knowledge to stay alive and remind us of the beauty of life which stem from the foundations of life.

Pursuing a coexistence with nature 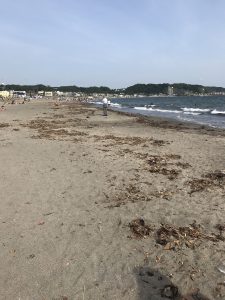 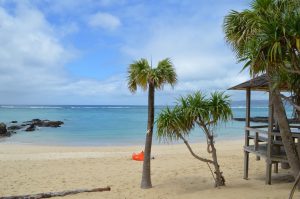 After contrasting the beaches of Kamakura and Amami Oshima through the fieldwork, I realized that the culture of people affect the environment. In Kamakura, many surfers and tourists visit the beach mainly as it is a convenient location to surf and to perhaps lay on the beach with a friend while sharing some food; thus there is more incentive to litter on the beach. In contrast, in Amami Oshima, people tend to visit the beach to see its beauty and to relax and it seems less so that people visit there out of convenience. Moreover, in Amami there is a stronger sense of coexistence with nature in which people know more about and seem to have a greater respect for nature than do those from urban Japan which acts as a strong force for preservation of nature.

Through the fieldwork I have come to the conclusion that in order for nature and culture to coexist, people must build respect for nature by learning about it and respecting tradition which often trace back to nature. Finally, tradition carries us back to the fundamentals of life and helps us appreciate the smallest of things and that is what brings us coexistence with nature and more importantly happiness.