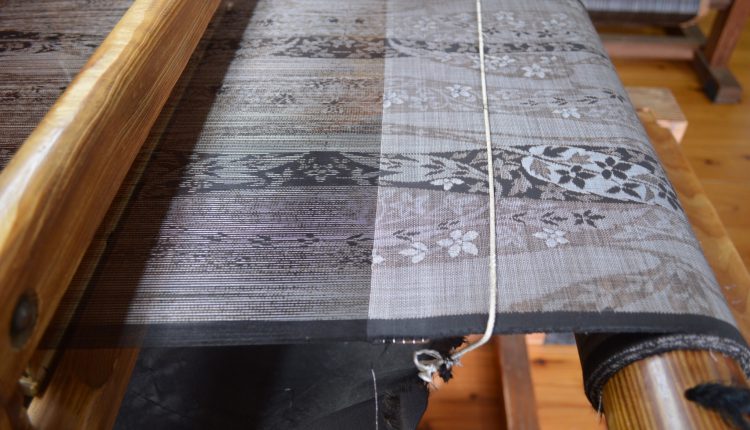 On June 15th through 17th, our class had chance to visit Amami Oshima as a fieldwork to learn about how local people coexist with nature and culture. I personally was interested in this topic, because my dream is to

In Amami Oshima, there were many beautiful natures and many other interesting characteristics, but the topic which has attracted me the most was “shima-uta” culture and the local radio station which was located there.

Personally, I was very interested in shima-uta culture in Amami Oshima, since the region where I am from, which is Okinawa prefecture, also has a culture of shima-uta. Shima-uta is basically the local songs of Amami Oshima, and it is usually sang accompanied by Shamisen, traditional musical instrument in Amami Oshima. By participating in this fieldtrip, I had a chance to interview “utasha” (the person who sings shimauta) about shima-uta in Amami Oshima. Talking with him was very interesting, since also in Okinawa, the prefecture where I am from, has similar culture. In Okinawa, we also sing shima-uta accompanied by the similar traditional musical instrument called Sanshin.

From interviewing the man, I have learned that in Amami, shima-uta is used to pass on life lessons and stories of people to the next generation, and shima-uta in Okinawa is same too. For example, the man told me the message that was hidden in the shima-uta called “Furutanndo-bushi” which has the message of giving thankfulness to our parents. Also in Okinawa, there is a song called “Densa-bushi”, which basically has same meaning as “Furutanndo-bushi”. However, the clear differences of the traditional songs of Amami and Okinawa is that shima-uta of Amami changes as the time goes by. Also, I heard there are some different lyrics by some of the songs by each families even though the melody of the songs does not change. However in Okinawa, the lyrics are almost always the same. I personally believe that both shima-uta in Amami and Okinawa is history of the island. 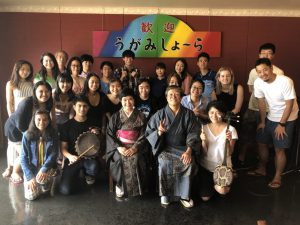 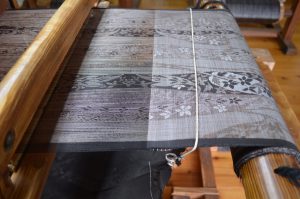 We also had a chance to see local radio station there. I had a chance to interview the woman who was working at the station, and asked her some questions. First of all, she told us that this radio station was build to spread more about Amami to the society. When we went there, there was some guest who was talking with the radio personality. In this Amami’s radio station, anyone can become a guest speaker and be on the radio. Not just to spread the information to outside, the station also has a role of giving information to the local people, too. In Amami Oshima, there is typhoon season during summer, and there are times when the lights blackout, and can’t use medias such as television and internet. However, by having radio, people will be able to earn information, since as long as you have a radio box, you can earn information anywhere. Amami’s local rasio station also as an application to download to our smartphones, too. It was also interesting, because Okinawan people also uses radio when we have typhoon and the lights blackout.

This will be my personal opinion, I always thought that compared to Tokyo, listening to radio was pretty popular where I lived, and there were basically two big reasons. First, in Okinawa almost all the people always uses cars for transportation, so we listen to radio on the radio even noticing. Second, radio has local jokes and information which only local people could understand, and we were able to gain those kind of entertainment only through local radio station. I got curious Amami Oshima had same situation, but unfortunately, I did not have time to ask her this question. If I have a chance to visit this radio station again, it will be very interesting to ask. 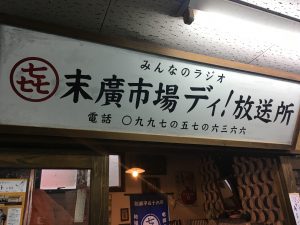 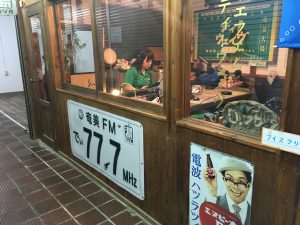 From this fieldwork, I learned that the way of inheriting the culture both for traditional and nature aspects, differs when the region or the place changes. It was also personally interesting to compare with my hometown Okinawa, since Amami Oshima has similar characteristic, since it used to be part of Ryukyu Kingdom many years ago. In the future, I am thinking that I want to become Okinawan Sanshin teacher who can teach singing and play the instrument, but also teach students local history, culture, people, and nature from shima-uta by having classes which includes field work like this class. It was always hard for me to have clear image of what I was supposed to do, but I think I got some of the hints by participating in this fieldwork. Thank you everyone who made this class so wonderful and memorable!!