The mongoose story （By TIAN CHEN)

an epitome of the renaturalization

What is the modernization? Or what is the cost of modernization? As Jason W. Moore, a famous American environmental historian, says, during the process of modernization, the endless accumulation of capital is equal to the endless conquer of nature. In this long historical process, human, especially the western countries, strengthened themselves by exploiting the nature and the weaker community such as Africans. And when the industrialization process was accomplished, they left the legacy —— an uninhabitable nature filled with contamination and worse environment. This was the story of modernization, whatever to the western world, the China or Japan. Undoubtedly, the modernization brought us new things, a new world called modernistic world in which human being experienced a revolution. We have better life standard, longer life span, more convenient infrastructure, and more importantly, we started to proclaim our ambition, an ambition to conquer the nature, to control the nature, and to change the nature to what we want it to be. After the appearance of Marxism, human being believed that we would have a Hegelian progress of our society, which means the society will experience a linear development, just like what the Karl Marx argued, throughout the serfdom, capitalism, socialism, we will absolutely arrive at communism. Without any doubt, this Hegelian process should be based on the exploitation of nature. Human being never considered the coexistence with nature at that time. Nevertheless, after the global economic crisis, the two world wars, the serious contamination in western countries and Japan, and the collapse of Soviet Union which verified Marxist dream is too vague to be achieved. People started to think another possibility, a post-modernist solution to the relationship between human being and nature. The renaturalization is the most explicit characteristic of the post modernism. In the renaturalization process, human seeks their value in a more sustainable way, they tried to rebalance the nature. And this is what the Amami islands experienced. More specifically, we can argue that the eradication of mongoose is an epitome of renaturalization in the post-modernist world. 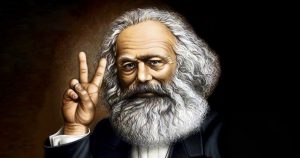 Amami Islands has a special geographic characteristic. It is an isolated island, to both Japanese mainland and Okinawa (Ryukyu Kingdom). The isolation from those two areas provided an environment for cultivation of its own biological diversity. The Amami rabbit, which is a kind of primitive rabbits with short tail, is a good example of its biological diversity. However, if we look through the history of this small island, we will be surprised at that the big impact imposed by human totally changed the nature in Amami Island. The introduction to mongoose and domesticated cat by human almost made the local animals extinct in the last century. In the modernist era, the local people thinks they can change the nature to what they wanted it to be, then they introduced the mongoose to eradicate Habu which is harmful to them. However, as we know now, the nature will never operate in a way the human being wants, it just submits to its internal logics. The mongoose did not kill the Habu, but killed other local animals such as Amami rabbit, the biological diversity in Amami island started to collapse by horrible speed of proliferation of mongoose. Then, people had to suffer the result of their stupid ambition. The uncontrolled proliferation of mongoose forced people to think how to eradicate them, as in the past they thought how to kill the Habu. The local people seemed to learn some things from this loop. Human being should show their respect to the nature, they should rebalance the nature once they destroyed. And this is the renaturalization the post-modernism always argues. 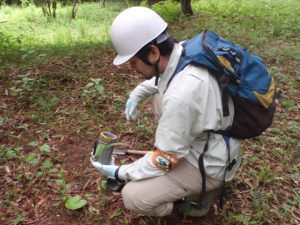 source: google and photo from other member

What can we learn from the mongoose story in the Amami Islands? Firstly, we should never forget that the modern society is based on exploitation of nature. We use the fossil energy, the domesticated animals to power and feed our society, which means protecting the nature is equal to protect ourselves. And the nature is responsive to our behavior. It is very foolish to think human being can change the nature without any cost. Secondly, people are always short-sighted, it is hard for people to consider the result of what they want to do now without a systematic evaluation system. Because of that, before the local community operates an environmental policy, an evaluation team consisting of experts in relative fields should be made in the first place. We need to evaluate the merit and demerit of the policy on both quantitative and qualitative analysis. In short, the mongoose story is a good representative of renaturalization in post-modernist japan. In Amami islands, the local people firstly made a mistake which almost caused the previous biological diversity collapse. But fortunately, they realize their mistake, and they seem to success in rebalancing the nature once they damaged.