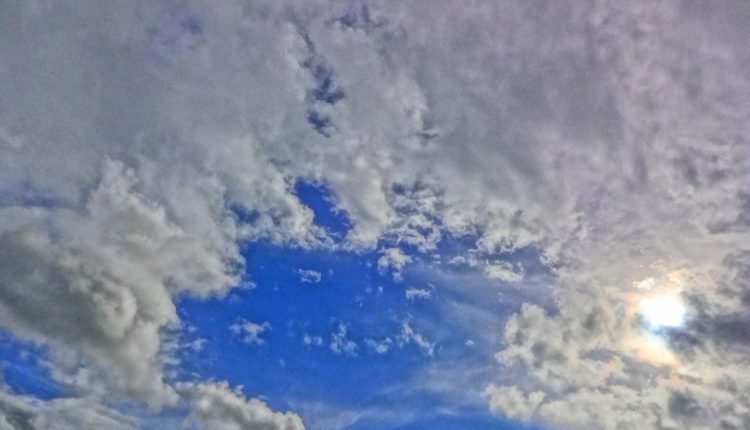 It was a new discovery for me to know that Takahata is such a wonderful place filled with nature and hope. As I see the smile of the students, I felt there is hope for these younger generations to pass on the culture of agriculture in Takahata. However, I believe the reality is not that simple. One of the farmers laughed with a sad expression saying that Takahata cannot live up for a long time.  I was shocked but also felt a common understanding that we cannot deny it could come true.  The aging society and the rapid fluidity of the young people is unavoidable in Takahata. When I visited there,  I realized many old generations had strong passion to preserve the agricultural culture. However, where did the young generations go? To the city? Suddenly, I felt terrified what will happen as there are not many future generations who could pass on the culture of Takahata. Maybe many young people would probably think “It’s not my responsibility”. However, I think  it is actually OUR responsibility as we would be the one to lead the future of Japan. Then, what can we do? I believe EDUCATION is a vital resource to encourage people to realize the unsolved solution of agriculture in Japan.

Make our own food!

During the first day of the Takahata fieldwork, we had an oppurtunity to visit the Takahata Junior High School. In this Junior High School, there are farm club where the students raise vegetables by their own and actually using these vegetables to their school lunch. Since they produce their lunch ingredients by themselves, the teacher of the school commented that they do not waste the food and eventually eat them all up. I thought this is an effective way in a short term, students can acquire the knowledge to produce foods from the young age. In a long term, the students would be more motivated to be engaged to the agricultural society. The captain of the farm club said that his dream is to be involved in the agricultural field of study. I could realize his passion to show the people in the urban places of the importance of agriculture.  I hope we would cherish his dream forever and continue to pass on the culture to love the nature.

Cooperation between the farmers and the school

Since I was interested in this topic, I further researched what kind of system are applied by reducing food loss in Takahata schools. Then, I found out that there was a cooperation between the local farmers and the coordinator of the school lunch.  First of all, the local farmers who were able to provide their food products to the schools gathered together and  established a “Self-sufficient agricultural products association” (自給農産物組合) . The local farmers would provide vegetables with irregular shapes  which cannot be sold to the coordinators and through precise check flow, the coordinators would decide whether it is safe to apply the produced foods to the school lunch. In this such process, the irregular foods would not be wasted and moreover, the school can promote these vegetables to be used for their school lunch. I believe this process is extremely effective and should be applied in other schools, especially in urban schools too. Moreover, as the image seen below, the students think their own food menus. I believe this enables the students to be more aware of the importance towards what they eat. The students could feel more reassured to eat lunch produced by the local farmers, rather than eating lunch produced by public companies, foods they do not know how they are made.

The skills agriculture gives to the students

Maybe people would think that agricultural education would only help students to be more aware of the foods they eat. However, I believe it would also help students to become more cooperative with other students to work together. Mr. Izawa , the teacher of 井宿 Elementary school, said in the lecture that there is an issue of recent young people are not working hard to cooperate with other people.  Since most of the foods are already prepared, as in convenient stores and supermarkets, young people do not understand the importance of cooperation. However, as the students in Takahata work together to produce foods and even make up the menus, there is more sense of collaboration. There is a common thought between the students that as they work together to produce  the same vegetables, empowering their love towards the foods and the people  involved in this production. In a long-term process, the students would enhance their self-motivation and independence skills. Therefore, I believe the agricultural education encourage students to feel more confident and imaginative, which are both important abilities to build up relationships with others.

During the fieldwork, I had an opportunity to visit Goro-san’s house. He is one of the local farmers in Takahata and our group had a change to take out the weeds in the rice fields. It was my first time to go into the rice field so it was extremely refreshing for me. I really liked how we could actually experience the hard and time-taking work of the farmers. I did not know until that time how much time is spent to produce the rice without using chemical substances such as the weed killers.  As I live in the city for a long time, I could not realize there is a long process in how the foods are produced. The daily life of buying food from the convenient stores avoids me to clearly understand the appreciation towards the foods. As I took out each weed in the field, my feeling of regret towards wasting food became bigger and bigger. Then, the word “Mottainai” popped out from my head and I felt this unique word is extremely indispensable in the Japanese society.

What is Special of Agriculture?

I would like to explain what I think is special of agriculture. As I listened to the talk of Goro-san, I realized that farming also represents the family bond. He said that since he could work together with his wife, they can set the common goals they can both pursuit. This is impressive, since most of the time, the wife and the husband have different roles and goals for their work.  I believe agriculture is unique since there is no wall between the work and their life. Most of the time, farming needs the help from the family and I realized this enables the family to be more closer and united, which could strengthen the family relationship. As Japan has the increase number of “nuclear family (核家族)”, young generations tends to feel reluctant to acquire the knowledge from the elder generations. However, as Goro-san and his daughter’s family work together to sustain their farm and their cows, I felt the existence of the older generation is extremely important.  I believe the phrase “子どもに自然を、老人に仕事を” represents the ideal society of not only Takahata but of entire country Japan.  We need to tell the children what nature gives us and what the older generation also are trying to teach us through their hard work.

What I can do👍

As I experienced various activities in Takahata, I began to become more interested to agriculture in Japan. I am currently planning to participate in the FAO UN internship program so that I could discover how other nations are tackling with the issue of food loss and waste. I believe it is always difficult to change people’s minds but to change people’s action could be the closest way to combat food loss and waste issue, and even contribute to encourage more young people to become more interested in agriculture. I would like to keep researching about the current agricultural issue in Japan. Mostly, I am interested in the education issues, so I am willing to visit some schools in Tokyo to see what kind of agricultural education they are applying. Since I am studying abroad in Shanghai from this year, I would also like to visit farmers in China. I would like to continue to further my study and take into action.

The memories in Takahata had taught the students how valuable it is to preserve the culture of agriculture. It is not only that it helps in food waste and loss issues, but it has a potential to prosper the future generations to enhance their intellectual ability and sociability, and to rebuild the family structure. I believe the importance lies in  generating an environment the future generation would feel comfortable. In order for this to be achieved, various generations need to collaborate and reach to the consensus. Therefore, what we can do as the first step is to step into someone else’s shoes.