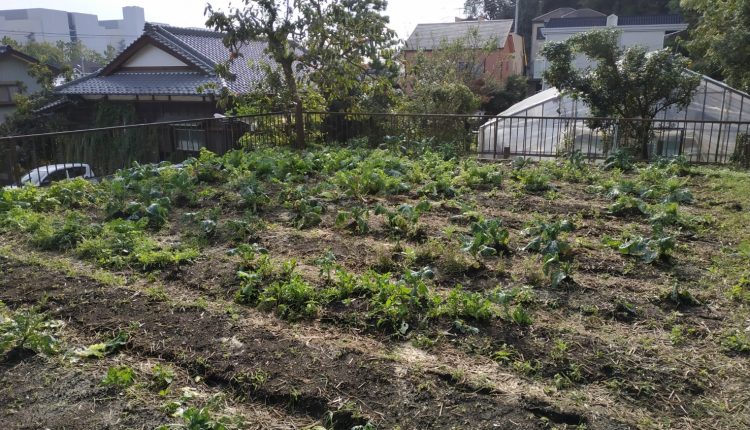 A reflection on how we do agriculture

After a first article describing our experience of Mr Wada’s Atelier Kitchen, some of us wrote a reflection on how agriculture should be done today. Challenges such as climate change, land loss and the erosion of community sense are tackled in Mr Wada’s community farming. 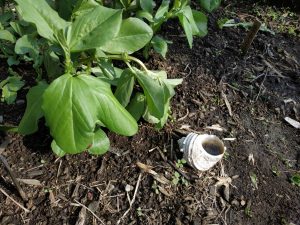 The operation of the farm, built onto a former parking lot, is carried out by a communal agriculture club led by Mr Wada. The day we visited the farm, we got the chance to see a member coming to do some farm work. The main way the local club communicates is via a facebook group. The members share their “farming diaries” to each other on the group, so their contribution to the farm is recognized. They also share information about the running of the farm, including the typhoon information or daily weather information. In such a way the bonds or emotional ties of the community (kizuna 絆 in Japanese) are maintained and enhanced with a successful integration of high-technology.

This sense of community extends to non-human fellows. Indeed, it was surprising and inspiring to know the reason why Mr Wada keeps damaged plants, would it be by the typhoon or by insects, in his garden on purpose. He explained it to us as one of the reasonable ways to prevent worms from healthy plants – without using chemicals. His natural and ecological management is based on the idea that worms tend to prefer eating weaker damaged plants, and it enables healthy plants to grow safely. As such, part of the crop is left as a meal for various animals. Moreover, between the crop lines, wood shavings enriched with raw rice grit make sure unwanted plants don’t thrive. It also enriches the soil in carbon and nitrogen and enhances the equilibrium of it’s microfauna. Calcium, necessary for many plants to thrive, is naturally provided by simple shells disposed on the soil. This way, a steady flow of calcium maintains healthy levels in the soil. Where industrial agriculture would see some insects and plants as enemies, the natural approach of Mr Wada & co is about sharing and cooperation.

One can actually say the community engaged in “Permaculture”. Permaculture is a term that combines permanent, agriculture, and culture. Permaculture is an example of sustainable agriculture. That is, it is a design method for building a relationship to enrich both people and nature. Currently the methods of Permaculture are adopted by many individuals and groups all around the world for its long-term benefits as well as the sustainability concept at its core. Statistics show that around 1 million people from over 140 countries have already been certified for using Permaculture for various ongoing projects. For example, the organization “Never Ending Food” is working on providing Permaculture design courses in Malawi, Southeast Africa, to educate and fight against the issues regarding malnutrition the county is facing with. The project mainly focuses on making the communities become aware of the small family farming units that can be done at low-cost and thus facilitate an increasing number of farmers to engage in Permaculture. As Malawi is known to have a growing season through-out the year (12 months), Permaculture can lead to the production of large amounts of food yearly, providing the people with a better food security. The Green beat farm in Mexico, Habiba organic farm in Egypt, Happy food farm in China, Findhorn ecovillage in the UK, Ferme Miku valley farm in Canada are some of other Permaculture farming projects which have been recognized widely in today’s world. As mentioned above, Mr Wada’s way of farming is closely related to the principles of Permaculture which is slowly getting widely known among the general eye and among the conventional farming communities in Japan. Therefore, we must try our best to promote natural farming with such initiatives.

In the end, those many examples show our interrelatedness with the bigger nature we belong to. Food, water, and energy, that are natural blessings, support our lives. We should understand where they come from and go to, and how our daily lives are related to them rather than causing pollution and destruction. We should nurture a richer life and build a human society based on the premise of sharing joy. In order to achieve these goals, why don’t you specifically design your own lives, regions, society and the earth through Permaculture?