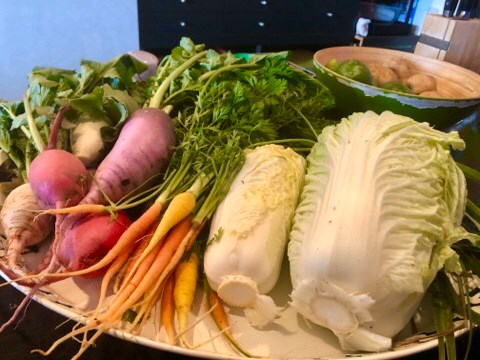 At the symposium on the last day of the class, my group’s topic was “grassroots”. Speaking of the grassroots movement, I remember that I did it when I was in elementary school. My school took some classes for picking up garbages on the street. Though I was too young and had no idea about grassroots movement, I just knew that no one should thorough garbages on the street, I think that it was an important activity to let children like me think where garbages should go.

The first time I realized my interest in social problems, especially in environmental issues such as waste, was when I was in high school. I joined a volunteer club at the time whose main activity was just to pick up garbage around the school. Once, I joined a volunteer activity held by the NPO for 3 days. With the NPO, I provided guidance on dividing garbage into 13 parts and gave lectures about environmental issues in a festival with 67,000 visitors. After this event, I joined some activities, though almost all volunteers in this NPO were university students or working adults. These experiences made me more interested in environmental issues as a high school student.

My viewpoint changed when I worked part-time at a convenience store and a restaurant.  Every day, I witnessed a lot of discarded groceries and unsorted garbage. I was scared to think that this was happening in restaurants, convenience stores, or other stores across the country. Therefore, I started to think that not only NPOs or volunteers but also companies, must do something. This is why I decided to join a seminar at my university that focuses on CSR.

Before I joined this seminar, however, I took a one year leave from my university. My interest in social issues spread further when I lived in Mexico during this time. Before that, I had only visited developed countries. For the first time, I was able to see people work on the street, sing, wipe the windows of their cars, and so on. I witnessed an economic difference that I had already known about but had never gotten to see firsthand before this. Additionally, I realized that the poor do not have knowledge about the environment and the rich do not care about the environment. Economic differences are a huge problem, moreover, which also have a negative impact on the environment. This made me think that all social issues might impact each other in a negative way.

This year, I began studying CSR. The more I learn, the more I feel disappointed in the current situation that only a few people in the world, and especially very few Japanese people, are truly tackling such issues. However, I also found that there are some people willing to tackle these issues. Furthermore, I found social business as my new option to solve these problems in the future.

Looking back to my pass on environment thought, all the beginning is the grassroots activity in my elementary school which I did without knowing about grassroots or environmental issues. This gave me an unconscious idea about the environment. Though it was just an activity to pick garbages and wasn’t a movement to claim something, it had enough impact for me and maybe some other children. Therefore, I want to assert that more schools should do activities like that. It doesn’t need to be great movement, just one small grassroots activity can make a huge difference in the future by giving children ideas about social issues unconsciously.

Especially in Japan, I feel fewer people care about social problems. I knew a few people around me who care about it and I was hopeless. As one of the developing countries, Japan has to contribute to solving social issues.