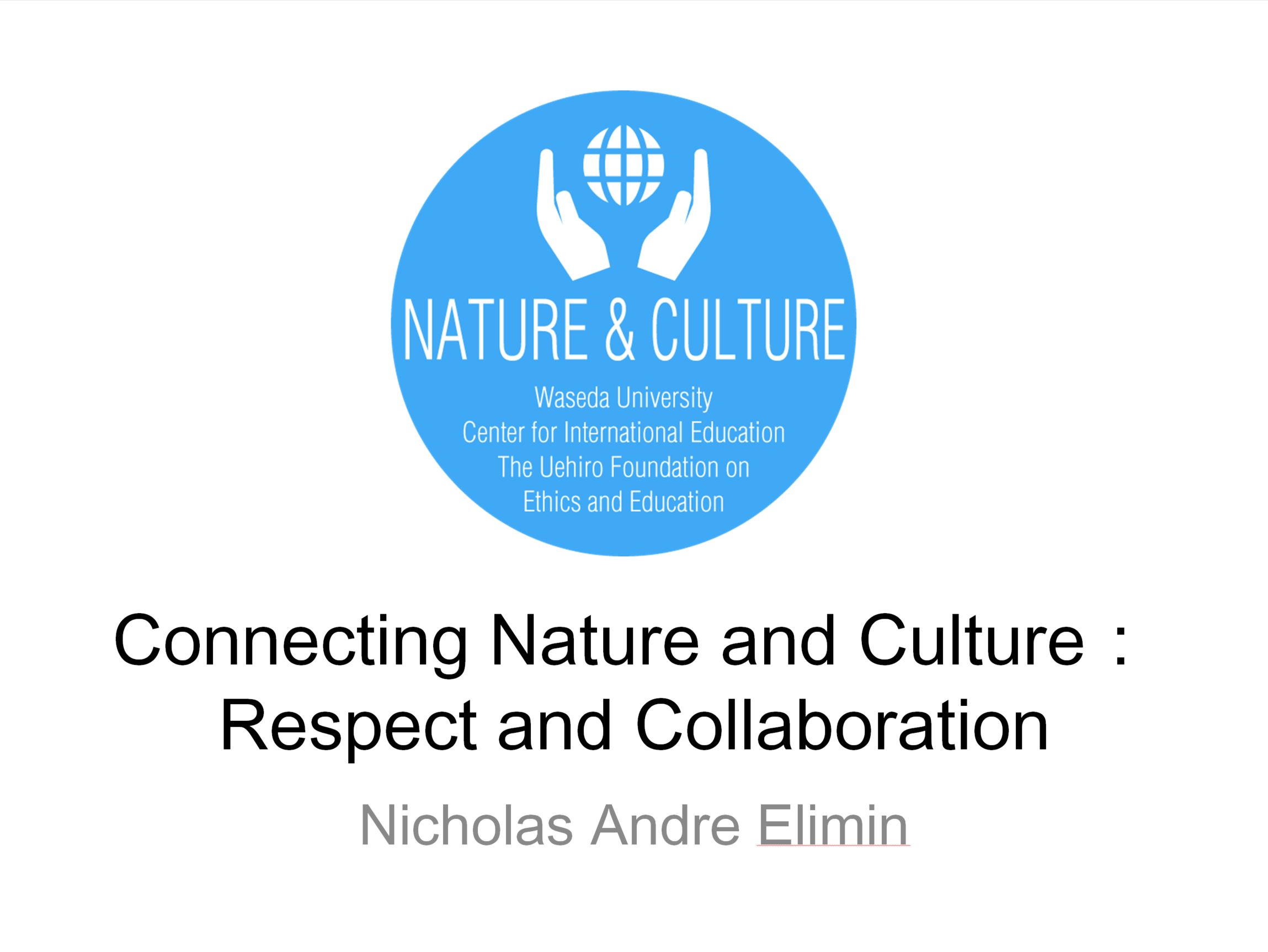 In this class, we have had the chance to attend lectures that provided us insight on how our senpai and professors are working to integrate nature and culture for a sustainable future. There was Hazumi Nemani Srividya Fujiwara from Founding Base, Tatsuhiro Furuya from Kitchhike, Professor Nakatani on the mille-vill project, Professor Kumagai on Buddhism in Bhutan, and Professor Nukina on the lecture about Chimaki. We also participated in activities such as nature game, interviews, as well as group work and discussion on topics related to the environment.

Now, I have no idea on what exactly I want to do in the future in order to integrate nature and culture. I might not have the chance to seriously touch upon the issue depending on the career path I take. However, If I had to pick on key ideas on what I have learned throughout this semester and would like to remember from now on, my key words are “respect” and “collaboration.” 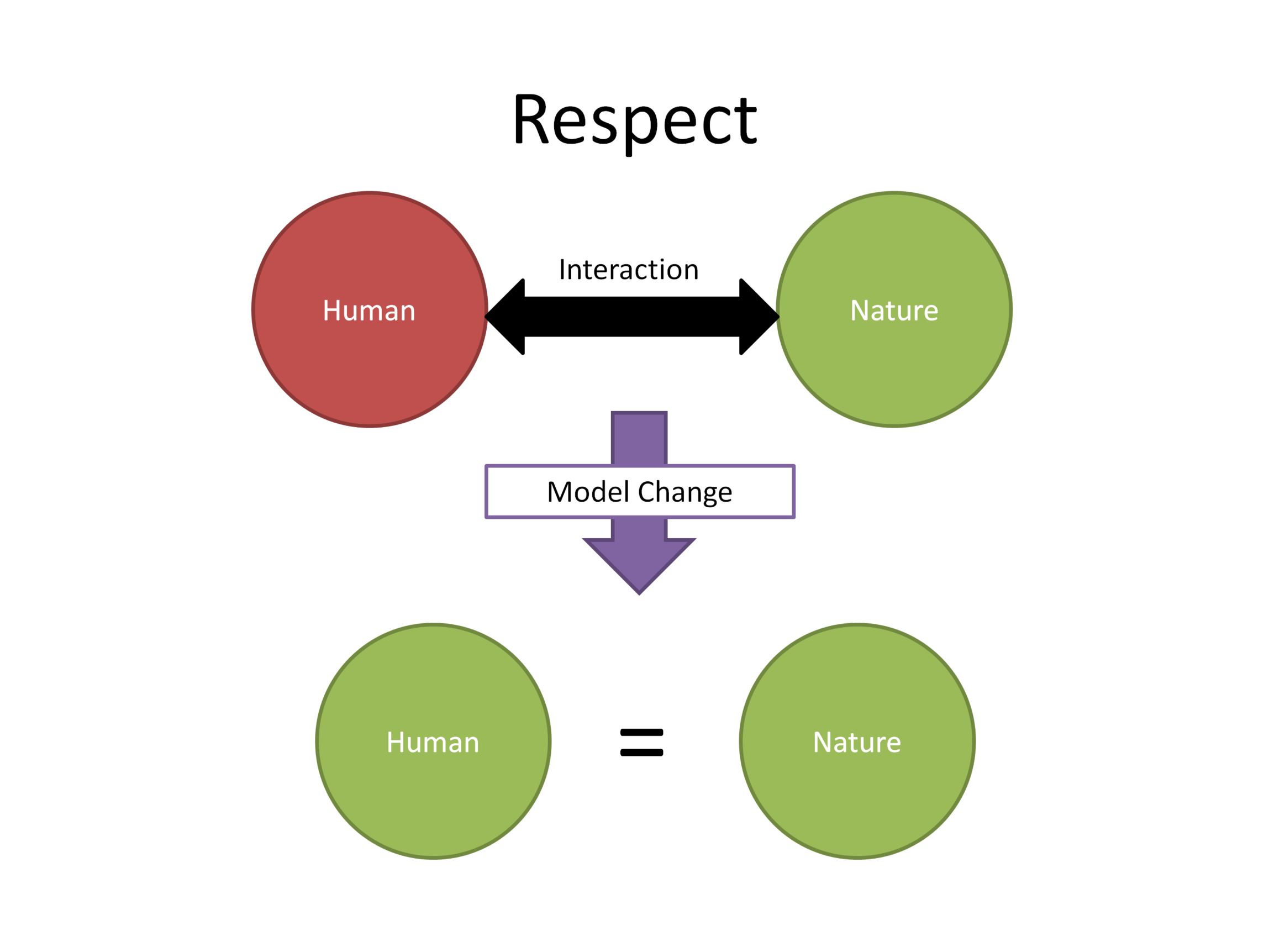 Firstly, about respect. We tend to think of ourselves as a kind of “main player” in this world, and thus take things for granted by doing so. Because we perceive ourselves as a player, we tend to think that we have an interactive relationship with nature. For example, we are used to thinking of the problem of global warming this way: we produce greenhouse gas and pollution, and as a result the number of natural disasters affecting us increases. Yet the reality is far from a two-sided problem. We are nature. The number of natural disasters affecting us does not increase because we produce excessive greenhouse gas, but because we have created for ourselves an unhealthy natural ecosystem.

This demonstrates what I mean by respect, and it is to understand that we are not separated from nature. We are equal to and are ourselves part of nature. Therefore, we should learn to treat nature as how we would like to treat our fellow peers: with dignity, goodwill, and respect. To start, we could perhaps take the example of how the chimaki makers put in a lot of thought as they handled the leaves, and how Professor Nukina and his team restored an area that has been in trouble because of deer. 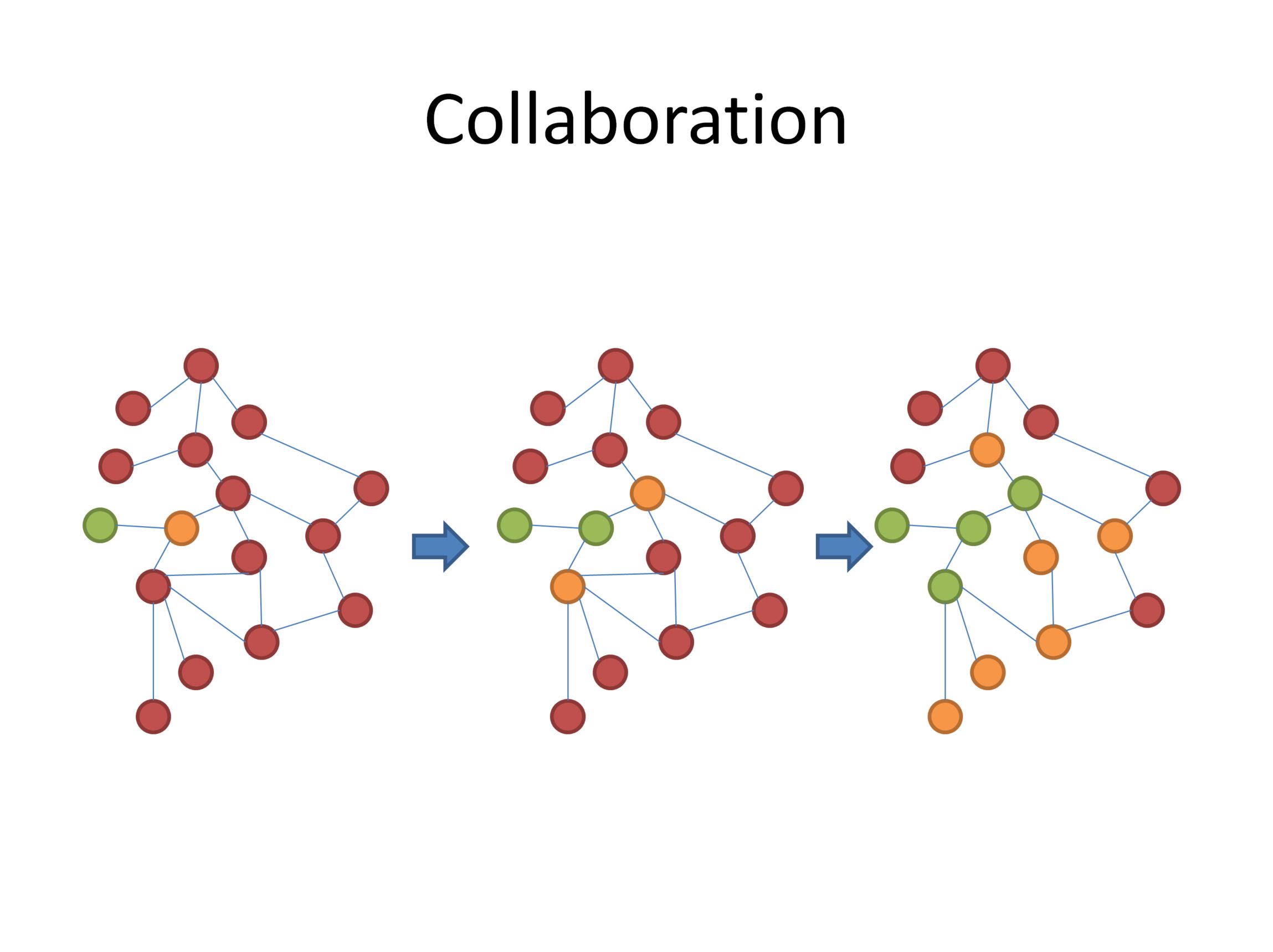 Next is collaboration. In the first few weeks of the class, I and my groupmates had the chance to interview the chef of Kadoya, a restaurant near the university. He talked about how he would like the future generation to be able to enjoy natural food in the midst of a capitalist society where industrialization and processed food has been the norm. This is what I mean by collaboration. We do not have to take it as an explicit act, but through subtly providing for each other a natural way of living. Through this, our efforts will accumulate into a mainstream culture that is  integrated with nature.  Change is in the end a process which could only be realized through small changes individually.

All in all, in addition to the two ideas above, I would like to keep in mind the experiences we had as a class. Although we did not get to go for fieldwork, by participating in discussions and mini workshops, we have made our first step in realizing the integration of nature into our everyday lives. In the end, the most important thing may perhaps not be the ideas, but the fact that we know there are others who care about this problem, and that we are in this long process together.