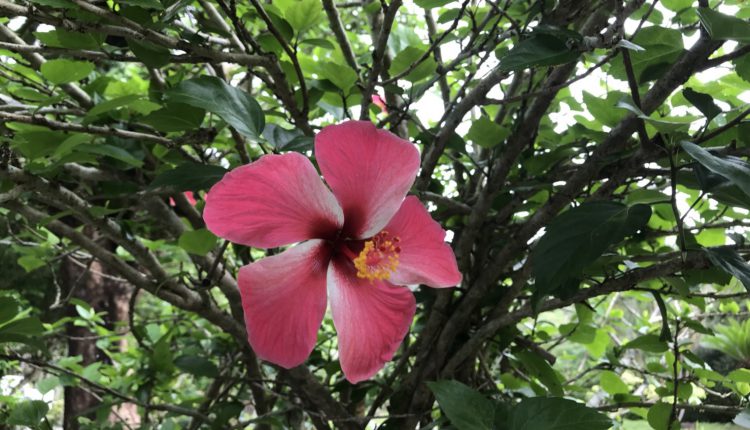 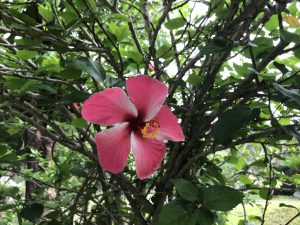 The fieldtrip to Amami Oshima, the southern island of Japan that is rich in both nature and culture, was a fruitful experience for me, which taught me how island residences respect their own culture and feel grateful to the nature. It is obvious that there is a stronger interaction between the world of nature and humans compare with the life in Tokyo, where people are always busy to care about themselves not to be left behind by other people. During the fieldwork, as a member of a team exploring theme of “wildlife”, I found people make tremendous efforts even today to preserve the biodiversity and protect the home for native species in the unique environment on Amami Oshima.

Preserving the Biodiversity and Rare Ecosystem
Amami Oshima is known as “Galapagos of the East” since it is the habitat for thousands of species that have evolved there in unique ways. Today many of them are designated as endangered species. Amami Oshima was a part of the Eurasia continent two million years ago, and some species on the continent were already extinct due to the environmental changes or competitions with other species. However, they are still alive in the original style on the separated island, Amami Oshima. They have evolved to adapt themselves to the natural environment of the island and succeeded in survival and created rare ecosystem we could see it during the fieldtrip.

One of the example of the unique evolution can be seen in a mangrove forest which I saw during the experience of canoe in the rain. Mangrove forest is unique in humid subtropical climate area and is the place where pure water and ocean water are mixed together. Depending on the high or low tide, waterways are created. We can enjoy canoe only in particular time due to this reason. Therefore, the wildlife including both animals and plants have their individual evolution to survive in the area. I was surprised to know that the crabs there can walk forward instead of walking only sideways so that they can climb up trees when water filled up the land. 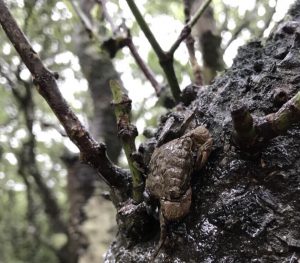 Amami black rabbit, which only exist on Amami Oshima and Tokunoshima, is the most primitive type of rabbits that used to live in the Eurasia continent which the islands were used to be parts of. They do not have long ears and do not jump as normal rabbits usually do, and instead, they dig a hole with their front legs. Amami Oshima was separated from the continent two million years ago, and it is said that the Amami black rabbits walked across when the land was together. 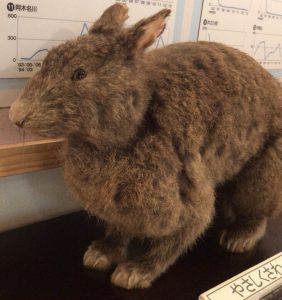 Protecting Native Species from Non-native Species
People living in Amami Oshima and other islands there, have been struggling with the poisonous snake, habu, for a long time of period. Habu attack not only people, but also native species, and people started to think they need to get rid of habu, otherwise, the number of native species would be extinct. For that purpose, mongoose which was originally from South Asia, was brought in Amami Oshima. Before that, they were first brought in Okinawa in 1910 with the expectation of decreasing habu. Although it had no effect as they were expecting in Okinawa, people in Amami Oshima decided to bring habu in Amami Oshima as well. In 1979, 30 mongooses were released in Amami Oshima for the same purpose and it was the beginning of the tragedy yet ironic human activity. Even though they brought mongoose, the number of habu did not decrease, and most of the native Amami animals became endangered since both habu and mongoose turned to their enemies. This is because mongoose and habu have different activity hours. While habu is a nocturnal animal, mongoose is active during the daytime, therefore, mongoose never attack habu. On the other hand, animals such as Amami black rabbit, which stay in a hole during the daytime, is much easier to be attacked by mongoose. In 20 years after people brought mongoose in Amami Oshima, the number of mongoose increased from 30 to 10,000. Now, mongoose is classified as esp. invasive species defined by law (特定外来生物). As the number of mongoose increased, the native Amami animals such as Amami black rabbit, Amami rats, Amami Ishikawa frog are disappearing. 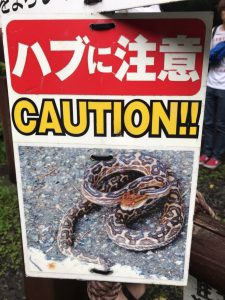 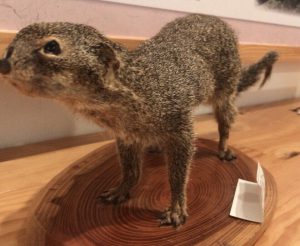 To solve this problem, the group of people stood up to save the Ammai native animals called “Mongoose Busters.” They are trying to eradicate mongoose on Amami Oshima by setting 30,000 traps around the island. As a result, today the number of mongoose declined to 50. Until they reach this number, it took long time, and people have been making grate efforts such as developing the traps and created effective ways of catching mongoose.

Another non-native animals that cause native animals endangered are cats. It is proved that cats have more impact on epidemic species than mongoose. According to a study, 95% of cat’s dung were meat of other mammals, and it is more than that of mongoose. There is a countermeasure for the increasing number of wildcats, and there is a project group called “Amami Nekobu.” They catch cats and give some of them a sterilization by surgery and recruit the owners for them or return them in the nature. Those cats which have done the surgery have a cut in their ear so that the residence can take care of them as cats which is restricted to one generation. 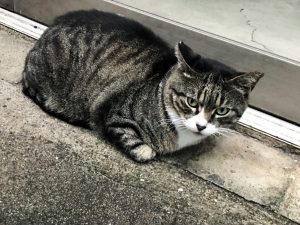 As described above, it is important for people to protect these endangered animals from non-native species that cause big damages on native species and distract its ecosystem. However, in case of mongoose eradication project, people are trying to get rid of the animal that were introduced by human hands. I learned from this situation that it is important for us to be responsible before creating new environment since human is the most powerful creature that can make home for wildlife animals. At the same time, the efforts that people on Amami Oshima make to preserve native species is enormous and meaningful. I believe their actions and efforts toward nature protection should be understand and supported from as many people as possible all over Japan.

The mongoose story （By TIAN CHEN)