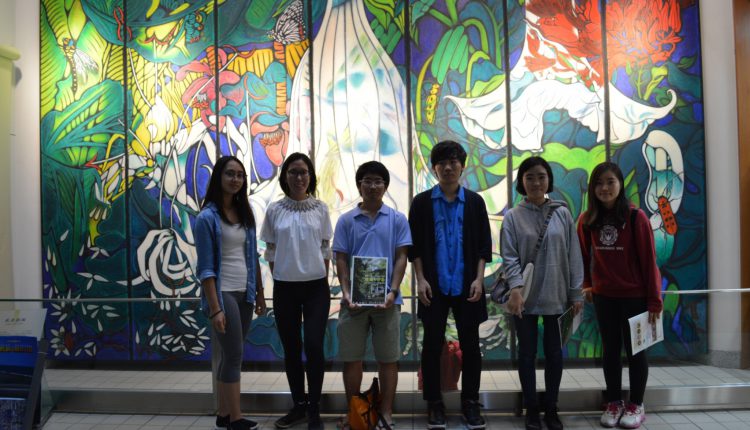 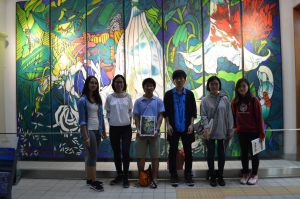 In this term, we have been studying about relationship in nature and culture, considering about sustainability. At first, I took this class just for going to fieldwork in tropical island, but now I feel I learned much farther than I’d expected from the class.

Accidentally I couldn’t go for a fieldwork in Kamakura but went it in Amami-Oshima. We visited a lot of places and observed characteristic nature and original culture in there. There were many findings.

In fact, I frequently go to tropical islands such as Iriomote Island, Ishigaki Island, and Izu Islands so I’m familiar with those which has a similar environment in Amami-Oshima. From this viewpoint, Amami-Oshima is well prospered and the balance between human and nature is decent.

Of course, like any other islands in tropical climatic zone, there were many kinds of tree like palm and fern but there’s characteristic landscape. Among trees in tropical rain forest, there were some dead pine trees. It’s rare to see those trees in an island like here, so it shocked me.

The landscape was made because of a natural rule. People in Amami-Oshima cut many trees and exported those wood. Then, nature came to life again. Pine tree is kind of a pioneer plant, so they grow faster than other plants and now there are other new plants, so they dead and consists today’s landscape as dead trees. 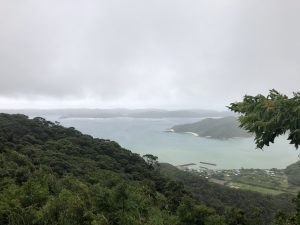 Oshima-tsumugi is a traditional fabric which made by craftsman using weaving. However, craftsman isn’t make pattern by weaving. They make threads which has a pattern and after woven into fabric, it shows interesting pattern. Moreover, they die the thread by using mad in ponds. I really impressed by guide’s saying.

He said, “大島紬は、布の織物ではなくて、糸の織物なのですよ”. It broke my stiff idea of fabric. 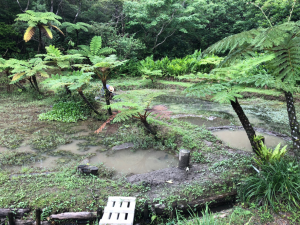 At the 3rd day, we heard Shima-uta. Shima-uta is wrote “シマ唄” in Japanese. “シマ” means territory, and “唄” means songs, so “シマ唄” means songs which differ from territory to territory. Each region has Shima-uta and residents have been educated their children using Shima-uta.

People in Amami-oshima using mud for dying and using lily or some wild plants for dishes. People live “with” nature and using many resources, keeping them sustainable. Also, compared with Honshu, it was relatively late that agriculture introduced into Amami-Oshima, so the concept which aimed for maintaining nature and its benefit wasn’t developed. It se

emed they just had been use resources in the island. Small population might have affect that style. 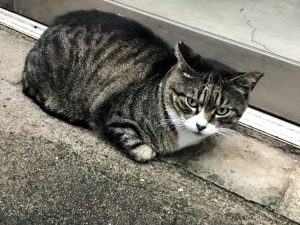 In Amami-Oshima, it seems nature itself has a sustainable system but from the view of culture, its faced with crisis. People in Amami-Oshima working in sightseeing industries but it’s not enough to prosper the traditional culture. It’s only a preserving and those cultures would disappear because of a shortage of next generation.

Frankly speaking, old culture is not affective to younger generation especially to local people. I think it’s effective to combine or make collaboration with cutting edge technologies. Although

I’m not sure what’s suitable for traditional cultures in Amami-Oshima, I think so.

Again, I learned a lot from this class. Now that I got a new perspective, I’ll keep in mind that nature and culture has interactive relationships.

Thank you for everyone who supported this class.