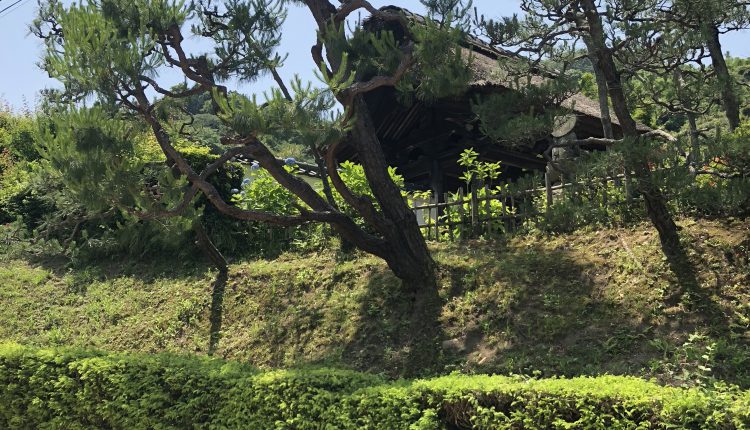 One Step from the Mountains to the Sea!!!

A long and interesting trip to Kamakura has started in a very shiny and bright day.

The very purpose of our trip was to learn obot how the culture of camakura is going to have impact on the nature of this region. Paticularly we were  interested in goint to teh beach and asl people there about what impact does the people have on the local costal area. Our target was local people who definitely are more aware about the present situation in this region, as well as foreigners who might not be so much costious but can definetly compare the cituation with the places where they came from. Amont the most important question that we were going to ask them was “what kind of impact daes the garbage, that could be found on the local beaches has on the bio live the sea” Therefore we started our thip bearing in mind that we need to successd in our mission. But first of all because kamakura has a unique environment where mounttains are so close to the sea we needed to explore and get used to the forests surounding the beach.  In advance, I should say that forests were very clear and there were no barbage there. 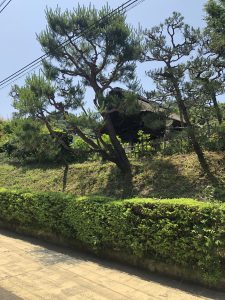 旅が始まりました、 It was very hot and therefor every one washappy to go inside of the forest and have a nice walk through the shady places where we would be protected from the sunlight. Everyone one pretty sure prepared to walk a rather narrow road where the cars are not supposed to pass. And so our trip has started from the very green forests, with our final destination a beach at Kamakura. 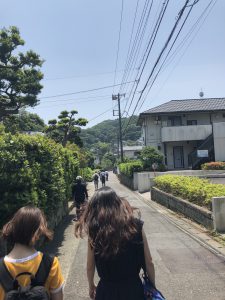 It is very interesting how the nature in Japan is so beautiful. One can observe that At the very first the places where we packed were pretty much quite a rural area, with lots of pretty nice houses, and so every one was pretty much relaxed. 😎 But later one the road has started to go uphill and the gradually the rural view has been changing to forest view, and the his was getting stipe and stipe. And then when every one was getting rather tired after a rather long trip, suddenly we entered the forest. 🌳 It was cool and shady there. Right at the top of the hill we have found a very wide vacant place. We decided to have a lunch there under the shadow of Japanese Momiji. After we finish our lunch the second half of our trip has started. This time we were getting dipper into the forest. The sun was shining bright, and the weather was amazing. 😉 Not a single cloud on the horizon. One of the places where we passed was a bamboo forest. We also went through the place were a inside of the private property people were rising chickens, right in the middle of the forest. 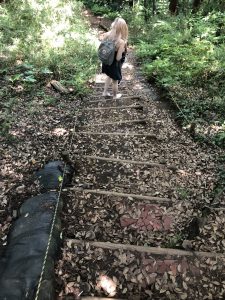 The road inside of the forest was very narrow and stipe, and at some point we even got lost because there were so many paths here and there but later on we have found our right way. The nature was very vary with so many different types of plants, and roots of the trees 🌲 were pretty much every were. It was so different from the city were pretty much no nature has survived. While here amazingly the trees were having very weird shape and actually because of them we were able escape from the blazing sun ☀ .Thank you mother nature. 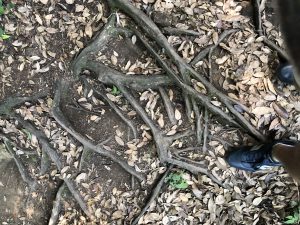 The regular forest was mixed with some bamboo trees here and there. And although one might actually think that there was no human involvement in this part of the nature, some times we could have seen signs here and there on the trees, saying please be careful of the fallen trees. 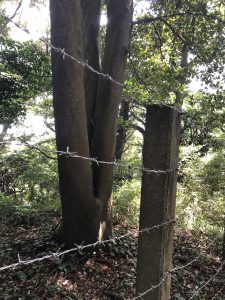 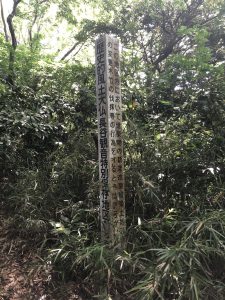 There was also a sign, if my translation is correct, saying that, anyone who wants to build buildings, or structural alternation of the buildings, or expansion of the buildings also change, plants or bamboo trees in this are or do similar activities, causing deforestation  needs the special permission is for that kind of activities. Also, there was a sign that there is a historical natural features of the large statue of the Buddha. Also from that sign we can understand that that valley is protected as being the Buddhist deity of compassion. 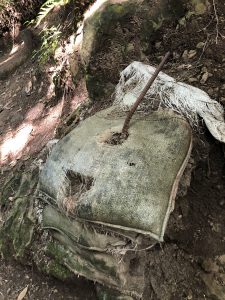 We have also find some things that looks like coming from the horror movies. 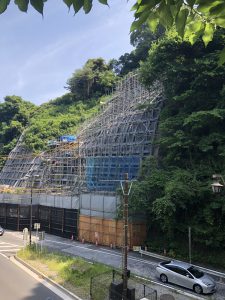 But on the rest when we got out of the forest we were very delighted with that we have visited such a nice place. Also as soon as we got outside we so a straight forward impact of the humans of the nature. The hill was entirely under construction 🚧 , in order to prevent the slide of the land. On the contrary when we moved further, we so a very old building that was almost entirely covered with plants. And this time I felt like this is something absolutely reverse. When the nature is claiming back its own rights and instead of human conquering the nature. This time the nature is conquering what a humans has taken beck. So it is rater an interesting experience oh how there is a struggle between the nature and the humans.

Now later on when we got inside of the city, while we were moving towards the beach we have found the a pretty interesting TAXI, 🚕 , that instead of having a usual sign of taxi had a phrase saying SMILE. 😃 In the Kamakura site we also found a a very old antique shops and a portrait of the woman whose name was 早稲田 just as our lovely university name is. 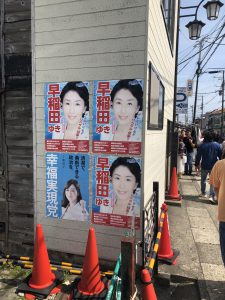 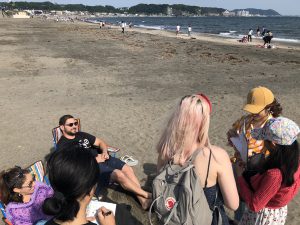 . It was really interest that we managed to meet some local people and talk to them. They were there friendly and we managed to learn a lot about the local issues surrounding the Kamakura beach 🏖 and the impact of the humans on the nature. During interview we also talked about the possible preventive measures to protect the beach, and what is the main reason for having the garbage there. We even Joined a party we some locals. Besides, we also found a few foreigners and we even managed  to talk to them and found their own opinion. 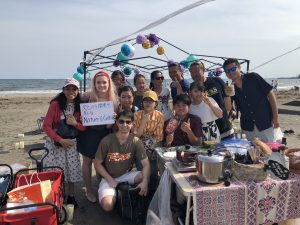 At the end of the trip we went to a very fancy restaurant with amazing 😉 cuisine. It was an amazing End of the great day! From all that mentioned above i should say, even before trying to recognize what was the main reason for the garbage and what impact did it had to the nature, one should precisely determine what is garbage. this is because there were a lot of the natural waists sucha as sea wids and fallen trees ans many other staf, that is not because of the human activity but a rather natural process. Also, regrding cans, beens that had been found there, some of them were comming from the sea and being washed to the beaches, so local people are definity not responsible for them. We also understand that no matter what are the effort of the people in that community to keep everything clean, it is rater a global problem, and so that every one in the world should take care and not to dispose garbage carelessly, because it has a very adverse impact on the nature. So, 皆んな様力を合わせてこれから、もっと地球の為に動力しましよう。よろしくお願いします。

Thank to professor Yoshikawa-san, and professor Isogai-san also to TA Hotsuki-san 🙏 . We managed to lear a lot about the culture of the local places in Kamakura, and its impact on the nature. It was a wonderful course and an amazing field trip. Thank you so much.