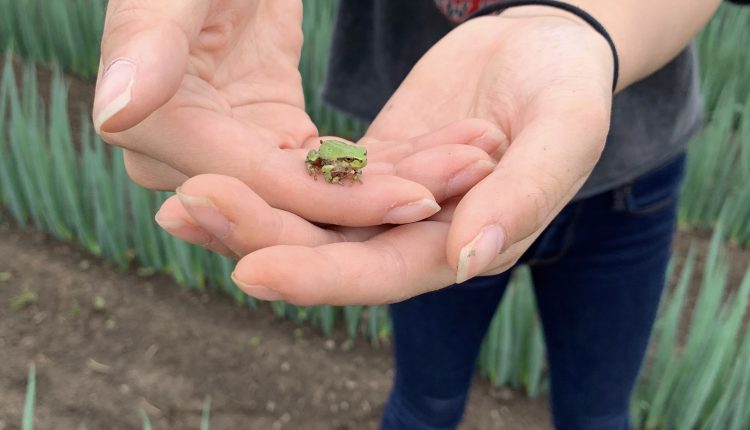 Thinking About the Environment Through Culture: Final Report

This finding led me to take a course on ‘Thinking About the Environment Through Culture’.  My initial goal for this class was to understand the environmental problem from a different perspective. Through field trips to Kamakura and Takahata, I would say I achieved that goal. In this essay, I will summarize the experience of field trips, and discuss what we can do to alleviate this situation.

Fieldtrips to Kamakura and Takahata

On May 12th,  we went to Kamakura area to carry out fieldwork on plastic contamination and its use. Our class was divided into 4 groups, and my group focused on plastic in the ocean and its effects on marine life. We conducted interviews with local people and also tourists. There was a festival near the beach, and it was relatively easy to interview people. Our questionnaire included ‘How much marine life die due to plastic contamination?’ , ‘How much plastic garbage is thrown out to the ocean per year?’ and ‘what do you think can be done for the future?’. Our purpose was to find out the awareness of plastic contamination and what they are doing to alleviate the issue.  The result suggested a lack of awareness on this matter in general. When we asked our question listed above, some people didn’t even have their own answers. On the other hand, two people from Kamakura area were aware of this matter and actually put their beliefs in effect; picking up garbage on street, using eco bags instead of plastic bags, and bringing containers for food. We concluded that the seriousness of this oceanic pollution needs to be acknowledged more. 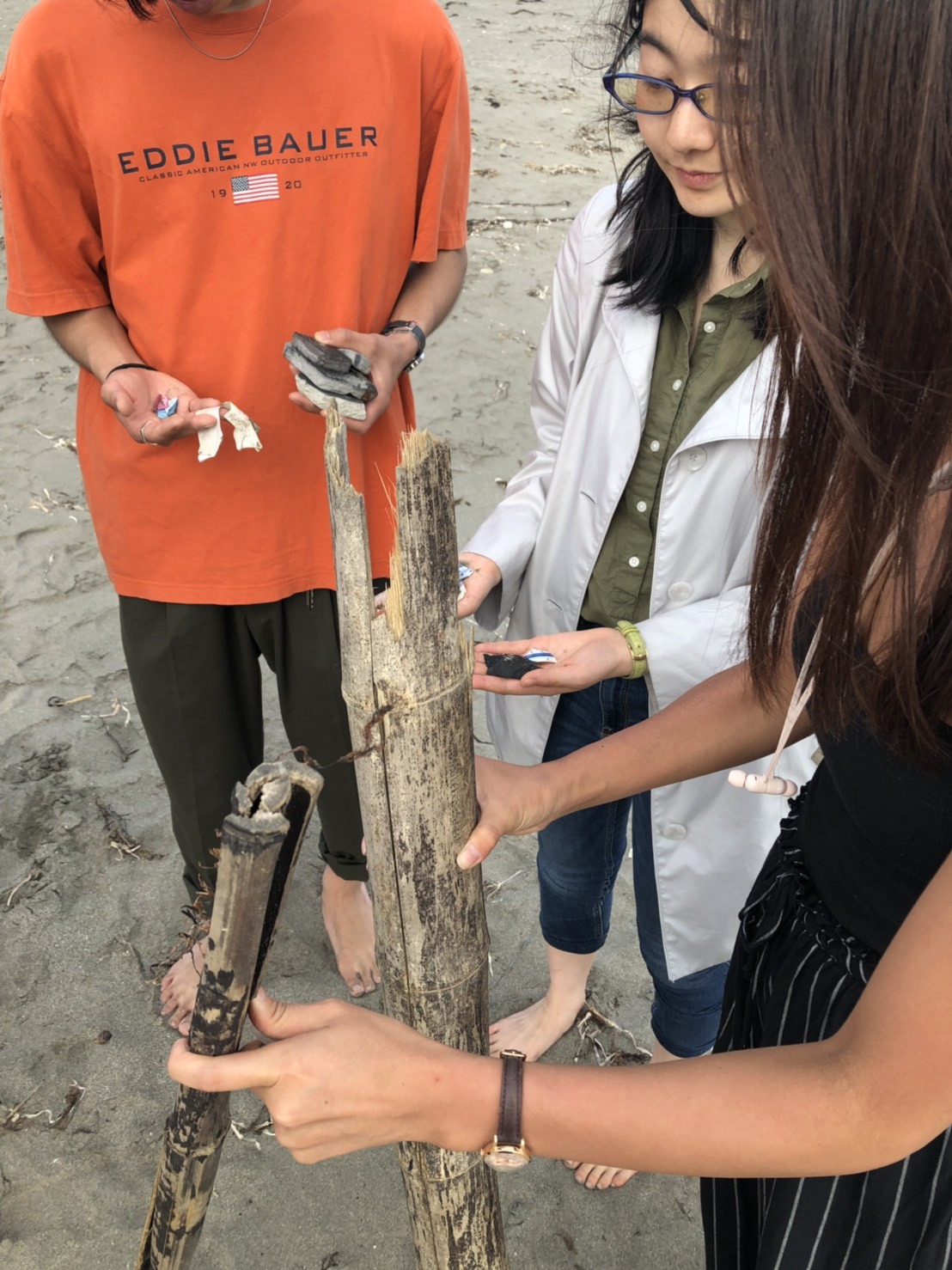 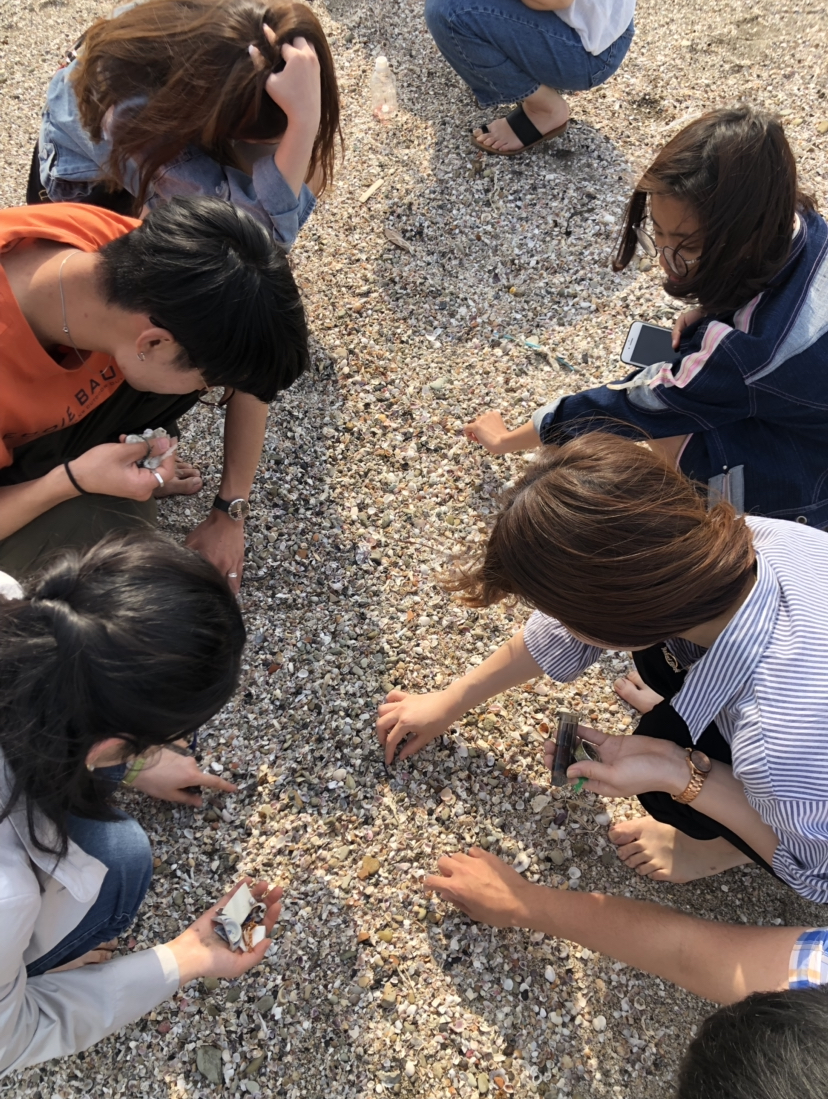 On July 28th, we went to Takahata in Yamagata prefecture. It took us about 2 hours by Shinkansen to get there. We had the opportunity to observe the elementary school and how they are incorporating organic farming to their lunch and extracurricular activities. We also spent time with local farmers and experience the actual farming process with them. It was my very first time doing farming, and I learned a lot through fieldwork and communication with them. The elementary school we visited kind of reminded me of my old school in Akita. It was surrounded by nature, and I could smell the glass. All the students looked happy running around freely across the field. A large portion of the school building was made of woods, which gave me the impression of nature. They taught me how they are growing different kinds of vegetables on a farm nearby school. At Minagwa san’s place, we assisted daily work of cleaning the equipment which is used in a paddy field. We used the machine to clean each black container, and it took us roughly 2 hours to complete everything. We also went to the paddy field and helped get rid of the overgrown weed. It was definitely the hardest because we had to keep this bending posture for a long time while getting rid of weeds. It was also extremely muddy, which made it difficult to move around. I realized that there were so many bugs in the field, and it is because they do not use pesticides, according to Minagwa san. 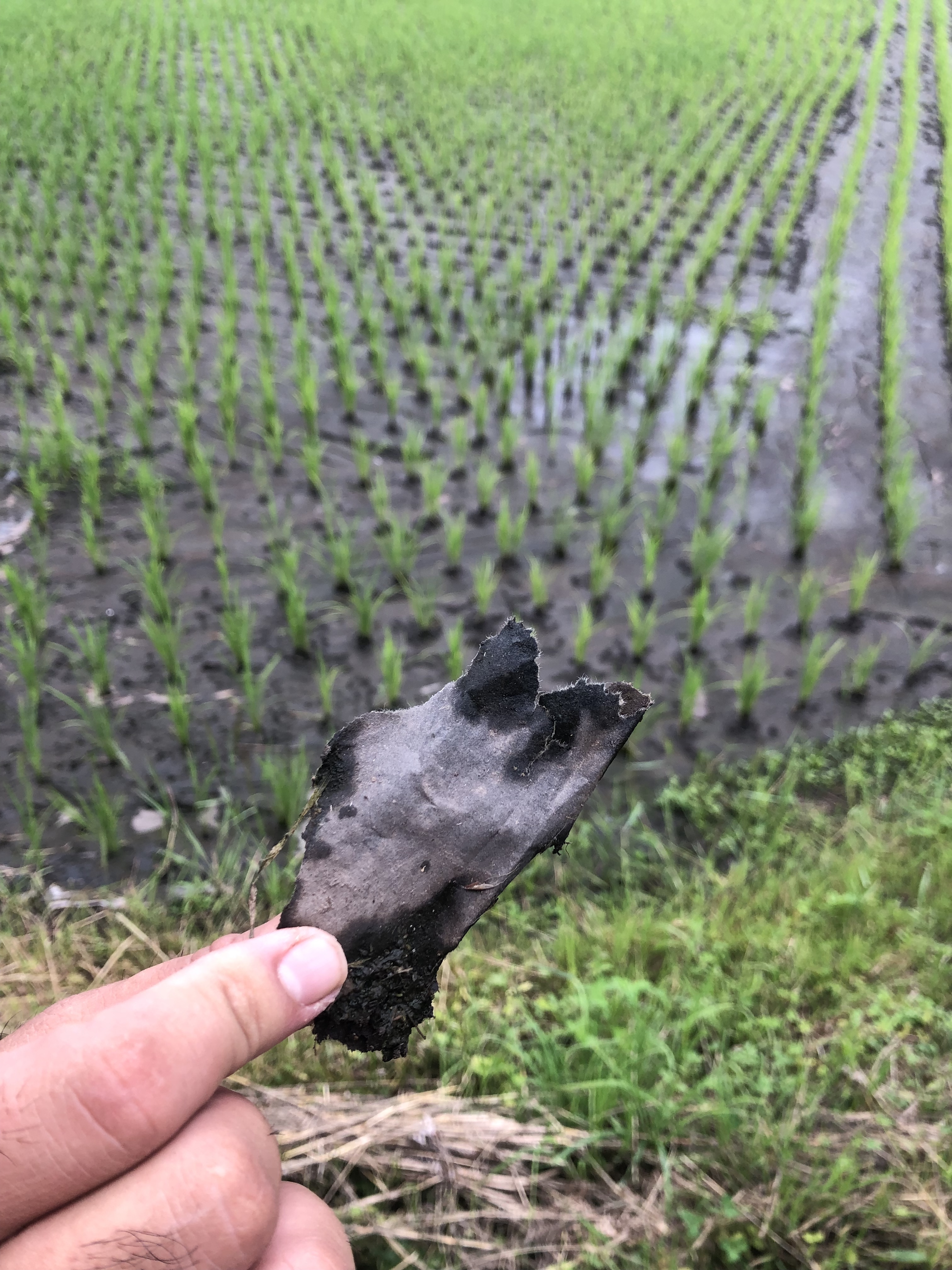 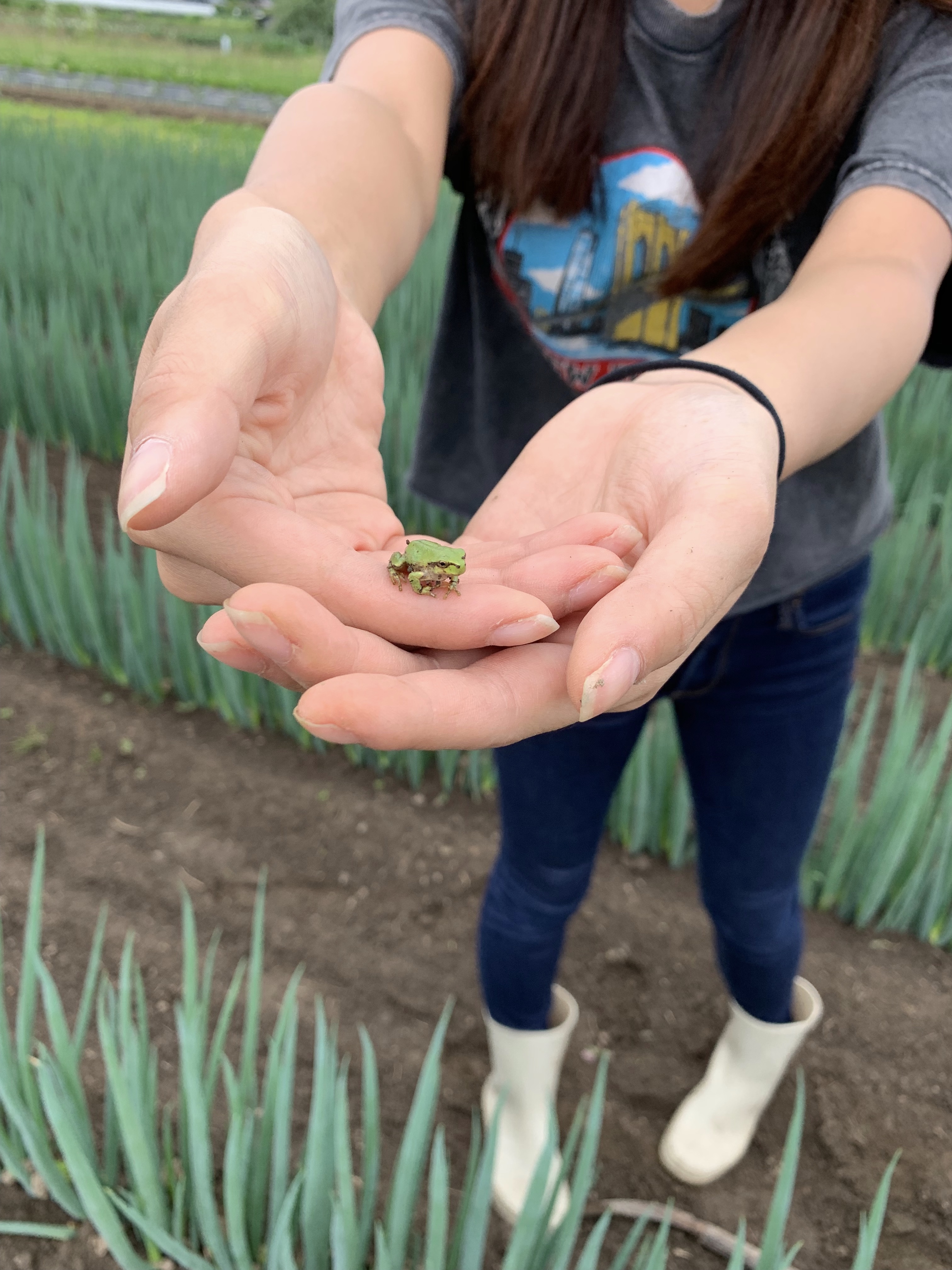 I strongly believe that marine pollution is a pressing problem which needs to be addressed. Plastic production will quadruple by 2050, and marine plastic will exceed the number of fish, and it is estimated that 20% of the crude oil consumed will be used for plastic production. My research taught me that plastic is bad due to three reasons; (1)While the world’s plastic production volume has exploded, waste disposal has not kept pace and continues to leak into the sea. (2) Plastics do not decay and remain in the environment, spreading to every corner of the large ocean. (3) Some become microplastics that are eaten by many marine organisms and incorporated into food webs. Through this field trip, I came to realize that what an individual can do is limited. We need an administrative approach to address the status quote. For instance, a subsidy for biodegradable plastic would be effective. Also, we can impose a tax on plastic bags to create people’s incentive not to use them. The United Kingdom recently introduced a new tax on the manufacture and import of plastic packaging that contains less than 30% recycled plastic. Asian countries are responsible for more than 80 presents of marine debris, and Japan as a country should take an initiative.

Takahata field trip gave us some valuable insight to further understand this issue. I learned that Takahata has been doing organic farming for a long time, and it’s definitely one of the leading areas in Japan, considering the number of farmers involved, and also its history. Taking a library we visited as an example, people in Takahata has been making a tremendous effort to make it sustainable so that this knowledge of organic farming can be passed on to the next generation. However, I also realized how hard it is. Since it costs more and requires more human labor to conduct organic farming, it is difficult to make it sustainable. Minagwa san taught me how they have to work harder to get rid of bugs and weeds that are overgrown to keep it organic. Obviously, pesticides were invented for this reason and make it much easier to produce crops efficiently. But the damage, in the long run, could be disastrous to not only the environment, but also our health. In my opinion, it is essential for everyone to take initiative to change this situation. We can spread this knowledge and awareness so that we can better achieve a sustainable world.

All the pictures used in this essay are taken by me.

The Organic Farming Experience in Takahata