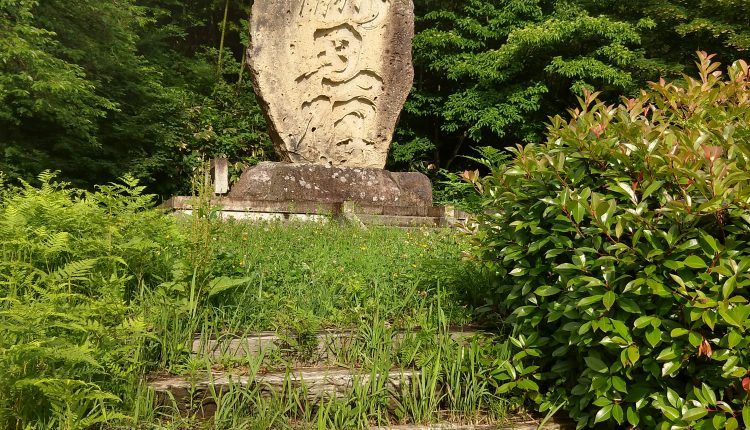 The Organic Farming Experience in Takahata

When I was a child, I used to wonder about what life would be like as a country farm girl.  Having only ever known cities or suburban neighborhoods, I was naturally curious about it, and would often imagine highly idealized visions of a rural lifestyle for myself to enjoy. In these imaginations, farms were a green paradise where humans, plants, and animals happily coexisted together.  I also developed a strong love of nature at this point in my life. Of course, I eventually learned the truth about modern commercialized farming and its questionable practices after I became older. Still, my love of nature never faded,  and led me to pursue environmental studies in my education. Taking this course, Understanding the Environment Through Culture, was just one of the ways I had chosen to do so.  Although I did enjoy the entire course, it was the fieldwork in Takahata that ended up being my favorite part of it. This is because our class’s stay in Takahata, despite being brief, was a wonderful experience in which I managed to come closer to my childhood dream.

The first day of the trip was tiring, yet enjoyable. We took the shinkansen from Tokyo Station in the morning and arrived at Takahata Station in the afternoon. I was already excited at this point, because Takahata was so different from Tokyo! There were much fewer buildings and a lot more greenery, which was expected, but still pleasant to see. The atmosphere of the town was also very different. There was none of that busy city energy that is always present in Tokyo. Instead, I felt relaxed and at ease.

The main event of the day was the visit to a local elementary school. We were there to learn about how this school had implemented an organic farming program in order to pass down the area’s agricultural traditions to its students, as well as to provide students and teachers alike with fresh, healthy food. Despite not understanding very much of what was being said, it was interesting to walk around and observe the kids either working or demonstrating some task to the class. They were knowledgeable, and after getting over their initial shyness, quite eager to teach us what they knew. It was nice to see their enthusiasm for the farm work. I was also delighted to find frogs hopping around the crop areas, a sign of nature  and humans coexisting. Already, Takahata was living up to my childhood expectations of farm environments and  farming life.

That night, we had dinner at Ryokan Ebisuya, where we would be staying. Our class was divided into the groups that we would be in for our fieldwork tomorrow. Each group ate together with the farmer who would host them.  Our group’s host farmer was Mr. Minoru. I was not able to converse at length with him because of the language barrier, so I just listened to the others’ conversations around me.

After dinner, I went along with a small group of students to go firefly spotting in the rice fields. A local drove us out to a dark field, but weren’t able to see any fireflies at first. However, we didn’t give up and continued searching. Then, we finally saw them! They were hard to spot at first, but we soon got used to it and realized that there were many fireflies hiding around us.  As it was the first time I had ever seen a firefly, I was very satisfied with the excursion, and was also happy to see another example of humans and nature living in harmony (fireflies living in human-made rice fields).

On the second day, we woke up early and set off with Mr. Minoru to his farm. It was a pleasant drive, and I once again admired the Takahata countryside. At the farm, we rode in the back of a truck (Fun!) to get to the grape field. Mr. Minoru explained our task: to wrap the grapes with wax paper “hats” in order to protect them from rain. He explained which type of grapes needed wrapping and which ones didn’t, which was interesting to me because I didn’t even notice the difference in types until he pointed it out. Our group kept at this for the whole day, stopping twice for a break and then lunch. Despite the repetitive nature of this activity, I didn’t become as frustrated with it as I thought I would. Rather, I was able to relax and let my mind wander around vaguely for a few hours. I didn’t talk very much while working, but I wasn’t bored.

A surprising thing to note about Mr. Minoru’s farm was that it was much bigger than I thought! Aside from grapes, there were many other crops being grown in other areas, none of which we went to. Also, the field with the grape trees was full of frogs! We had to be careful not to step on them, but I thought it was really cool how everything in Takahata is just surrounded by nature.

I was very impressed with the idea of collective, community-supported agriculture that I learned about in Takahata. This system, also known as teikei , allows consumers to purchase locally grown organic food items directly from nearby farmers. Both sides benefit, with the customers receiving healthy, non-chemically infused foods that are in season, and the farmers obtaining a stable source of income. Mr. Minoru happened to be part of one such network of farmers and consumers, a fact I was happy to learn.  Here was yet even more fuel for my happy childhood farm fantasies.

On our third and last day, the main focus of our activities was learning about the history of Takahata. To start off, we went to the community library built by farmers.  To be completely honest, I did not understand the lecture, but was still able to appreciate the dedication of the farmers in carrying out such a task.  Next, we went to a historical building to for another lecture, this time about the entire history of Takahata, from the feudal era to the present. Finally, our third lecture was at the Hamada Hirosuke Memorial Hall. Here, we were introduced to his most famous story, “The Red Oni Who Wept”.  All three lectures taught us something about the character of Takahata. First, the story of the farmers building the library showed the powerful collaborative spirit of Takahata citizens, which can still be seen in the cooperative teikei system between consumers and farmers today. Second, the lecture regarding the historical progress and transformation of Takahata into its present-day form as an organic farming village shows how peoples’ values have shifted over time, with environmental concerns now being at the forefront for both regular citizens and farmers. Thirdly, the story of the Red Oni demonstrates the importance of making tough decisions and sacrificing something personal for the good of the community. In Takahata, farmers choose to take the difficult path of organic agriculture, sacrificing the easy path of using chemicals and genetic modifications to make higher profits.  In this way, they support both their community and their natural surroundings by providing healthy food to consumers with as little environmental damage as possible.

The Takahata organic farming community is inspirational in so many ways. In addition to the basic practice of organic farming, already admirable in and of itself, the people of Takahata go above and beyond in the way that they emphasize the importance of community values.  This is shown by things like the collective farmers’ library and the collaborative teikei system, which is especially something that should be implemented in more places around the world.  By taking a stand and refusing to succumb to modern commercialized farming, the Takahata farmers are able to protect the delicate relationship between humans and nature. I am very thankful to have been able to experience Takahata for myself, as it is everything that my kid self had dreamed that farming would be.