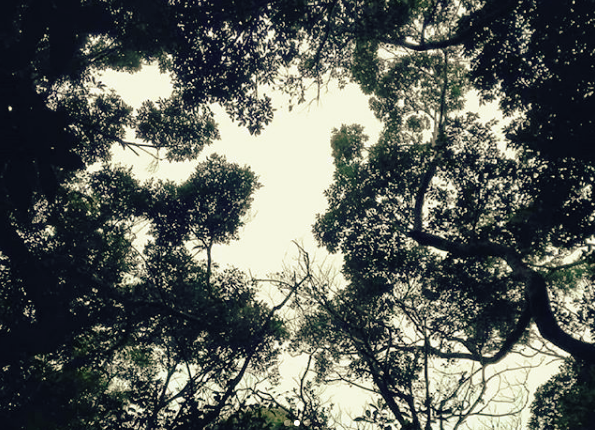 As part of the Nature and Culture class here at Waseda, we had the opportunity to visit Amami Ōshima on June 15th – 17th to conduct a fieldwork focused on the local culture and their interaction with their environment.

Personally, it is my first time visiting the south of Japan and have been wanting to do so for quite a while so I was excited to finally have had the opportunity to do so. My first impressions of Amami Ōshima was its sense of calmness and freeness that translated through its people, and their great appreciation and care for the environment that provides them for a place to live.

Our first introduction to the island was through its wildlife. We visited the Amami Ōshima Wildlife Center and received a presentation about the situation of the mongoose, why it was introduced and why the reason for its introduction did not work. Though it was originally introduced to combat the habu snake, the mongoose, originating from Indonesia, were nocturnal creatures who instead preyed on the black rabbits of the island and are now subject to eradication. Methods of eradication include underground traps, because if they were visible from the ground the mongoose would learn to identity and avoid them, and sensor cameras to monitor their common location and activity. We also learned that their aim to achieve 100% eradication of the mongoose requires a certain period of zero detection of mongoose because even though one year may show zero existence of mongoose, there needs to be a consistent proof that they have all been exterminated.

I found it particularly interesting how the strategy of using the mongoose led to problematic outcomes. There perhaps must have been a lack of research into the mongoose’s lifestyle as they did not expect mongoose to be nocturnal and prey on the Amami rabbit – which is endemic to the island.

We were also immersed in the island’s rich nature as we visited the forest, and this was one of my favorite parts of the trip as Tokyo does not offer a lot of greenery and I found myself feeling calmer surround by the trees and fresh air. Apart from seeing the untouched forest, the Lidith’s Jay (Amami Jay), a beautiful blue and brick red bird left quite an impression. Although it was a beautiful local bird, its cry was quite rough and harsh, quite unexpected from its appearance. Because the weather was quite gloomy that day, our tour guide for the forest reassured us that we were protected from the winds as the trees sheltered us from the outside, highlighting the importance of conserving nature and the return that us humans receive in doing so. The layers of trees at different heights formed of what our guide called a ‘broccoli forest’, with particular gaps formed naturally between the trees, to allow lower-leveled trees to be exposed to sunlight for growth. 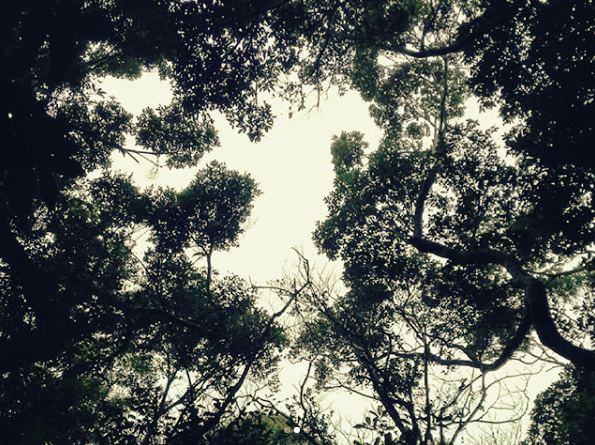 Comparing the bio-diversity with the Philippines

The Philippines is a ‘biodiversity hotspot’, home to 52,177 species, of which more than half is endemic to the country, according to the Biodiversity Management Bureau of the Philippines. Based on the definition provided by the Oxford Dictionary, ‘endemic’ means “native and restrained to a certain place”. Endemic species in Amami Island include: the Amami rabbit, the habu snake, Ryukyu long-haired rat, the Lidith’s Jay and the Amami woodcock. The Philippines is also a host to the following endemic and endangered species ranking fourth in birds and fifth in mammals and reptiles in terms of endemic ranks. Such species include: the Philippine eagle, the Philippine tarsier, the red-vented cockatoo just to name a few.

I also found that both environments are also frequently hit by typhoons and have mangrove forests to protect them. The Philippines geographically sits on the typhoon belt, prone to annual damages caused by typhoons usually around October. As we have learned during the ecotourism of the Amami mangrove forest, mangroves serve to protect land through their strong foundations in the ground.

According to the 4th ASEAN Heritage Parks Conference, the Philippines has suffered a reduction of mangrove area – from 500,000 hectares to 100,000 hectares due to developments in the coastal regions, land conversion and reclamation. In response to this, the government of Siargao has committed to the rehabilitation and protection of the mangrove forests to protect them from future tsunamis.

Co-exiting with the island’s nature are its people. What struck me the most was how I saw that the locals of Amami Island took great pride in their tradition, for example, the Ōshima tsumigi. The craft is very local to the island, in a sense that it is a tradition passed on from one generation to another, involving the whole household where the wife weaves the patterns and the husband dyes the cloth in mud. Because it is a craft that takes time and effort to create, I also heard that the Ōshima tsumugi kimono is passed down generations, for graduations and special occasions, which makes something to treasure within the family. Fukuyama-sana and Taira-san, who performed the shimauta for us on our last day also engage in passing their traditional culture and knowledge by teaching Ōshima tsumugi to young students in school and joining shimauta competitions to keep their tradition alive. 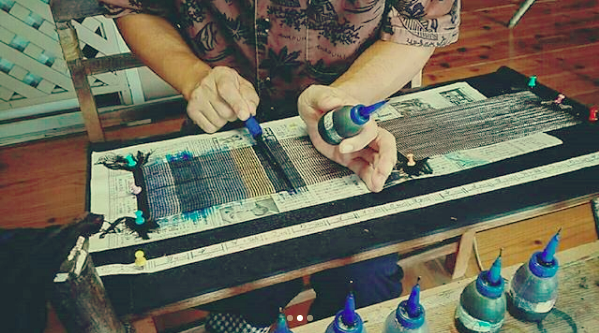 We learned that the shimauta is a way for the island people to share their life stories and lessons to one another, as one of the songs they performed mentioned the importance of humility, as like a tree that stands so tall and left vulnerable to the wind, your ego will be the cause of your fall. 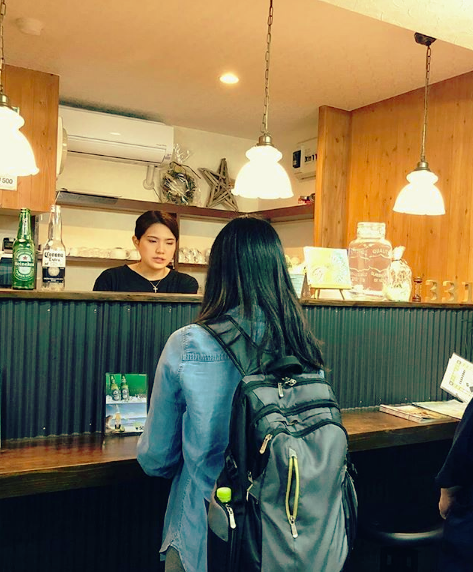 I also had the opportunity to interview a new café owner who just moved to the island from Tokyo. When asked why she choose not to go to Okinawa, she said that Okinawa, to an extent has become a tourist destination and not much of the tradition is left. Her decision to move to the island was driven by the need for a more peaceful life, away from the chaos of a metropolitan city such as Tokyo and found that Amami Island had what she was exactly looking for, the existence of tradition.

This trip has left quite a memorable experience, reminding me of the harmony of co-existence of human and nature in Amami Island. Although it is not well-known among foreign tourists, I believe this also comes with its benefits such as the nature remaining untouched and less pollution of its beaches. I also realized that sometimes, not all rural areas need to be filled with tourists as this in return puts nature at less risk to man-caused damages – for example the carving of the bamboo forest in Kyoto. I feel that the people of Amami Island have a greater sense of awareness and show more appreciation for the environment that they are in, in contrast to those in Tokyo where everyone is too busy to take the time to observe the environment (whether it’d concrete jungle or parks) and that this is something we can all learn from.